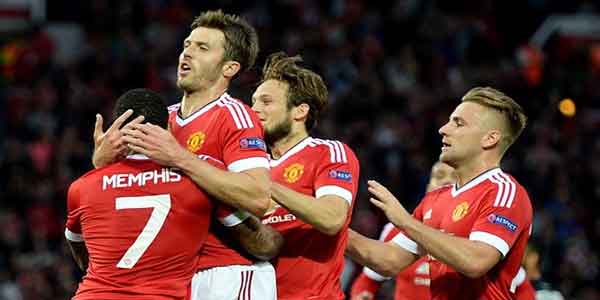 He was the first signing of the summer, that in itself adds a certain pressure.

He’s been signed to play a role that the team is crying out for if it’s to return to the attacking style of days gone by, again, pressure building up nicely.

He starts the season wearing the number that all reds see as a sign of hope, the number 7, in that shirt, through being played out of position, and Rooney level touch and judgement, his first 2 games are played in a way that would indicate his desperation to do well was preventing him from doing the things that make LVG do what he did to make him a United player.

By the time Tuesday night’s game kicked off if ever a man needed the deep breath a first United goal would give him, it was Memphis.

I’m sure to get off the mark he’d have taken a screwed effort off the shin that wrong footed a crestfallen keeper as it trundled into the opposite corner, that he got off the mark with the type of finish that made him one of Europe’s brightest young talents when we nipped in and stole him from the clutches of PSG/Liverpool, would have been a huge boost to him. That was made clear by the way that he scored his second with air of a man who truly believes that greatness is there for the taking, and he’ll do all he can to take it.

If anything could please me more than the 2 he scored, it was his reaction to missing the easiest of the lot that would’ve given him a well deserved hat-trick, he didn’t dismiss it nonchalantly, he was mortified, and that’s the attitude that builds success. It’s an attitude we need to get back in to a squad that’s lost that edge when the likes of Scholes, Ferdinand, Vidic, Giggs (in the playing sense) &amp; Evra have moved on or retired in recent years.

That attitude was highlighted brilliantly by the Beckhamesque delivery that created the all important third goal on the night. Many around him had accepted 2-1 as the result of a steady nights work. He could’ve followed their lead and just kept possession near the touchline, but he didn’t, he looked up and saw the second greatest afro in United’s history (Moses’s will always own that particular crown for as long as there’s a sun in the sky) making a good run to the far post, he delivered a cross that made missing the target harder than hitting it, and thankfully Fellaini did as he did in the latter stages of last season, he hit the target and gave us a stronger lead that to take to Belguim as we look to ensure we return Champions league football to Old Trafford after the Moyes era robbed us of it.

His first 2 games in a United shirt probably worried him more than they did any rational red, he would have wanted to hit the ground running and play from the Spurs game as he did last night. You could see the frustration building up in him minute by minute at Villa Park on Friday. He knew he could do better, and the harder he tried to do it, the more painful it was to watch.

Given how last nights performance will have taken that weight of his shoulders, and anxiety out of his footwork, I’d expect that Newcastle fans on the way home on Saturday will have an all time high level of loathing of the Marc Cohn hit.