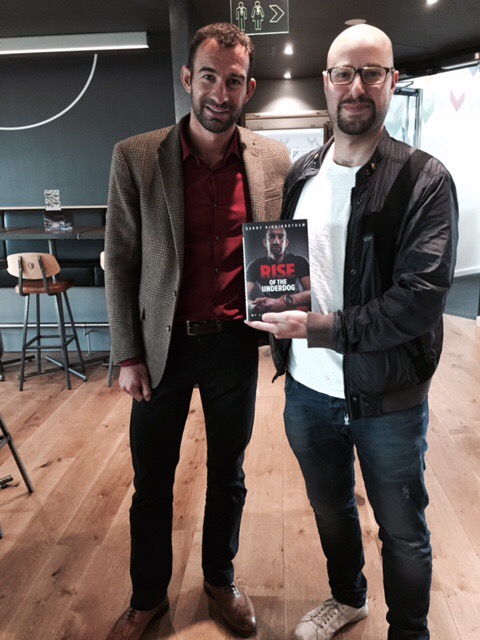 In the last year we have conducted terrific interviews with former Manchester United players such as Gary Neville, Paul Scholes and Lou Macari.

Immediately, I got excited once Jonathan Shrager said there was a possibility of interviewing Danny Higginbotham. The reason for my excitement was not just knowing the former United defender was an experienced footballer, but also one with an eye for detail when commentating and offering analysis on Manchester United’s official television channel MUTV.

The interview was timed wonderfully with the release of his autobiography – Rise of The Underdog – which we’re giving one lucky reader a chance to win, previously signed by Higginbotham.

The first part of Jonathan’s interview is available below. Part two will be released next week.