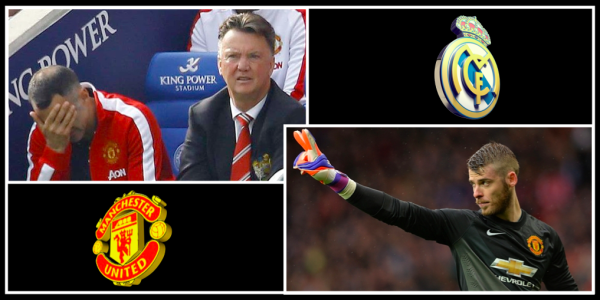 Words are tricky things. By way of example compare the verbs replicate and duplicate. Except for the first two letters they are spelled identically. Their meanings are also so close that many people think they’re the same. They’re not though.

For twenty-six years Manchester United enjoyed the consistency and success that comes with one strong hand on the tiller. Among Premier League clubs, or any side in an elite European competition for that matter, only Arsenal have managed to replicate that. Like Sir Alex Ferguson, Arsene Wenger has been the unquestioned authority at his club for almost two decades.

To say that the Gunners have duplicated the Red Devils dominance is absurd however. While Arsenal have been in the Champions League for eighteen consecutive years, they’ve never won it, haven’t claimed the Premier League title since 2004, and have only three FA cups and an eight-year streak with no major honors to show for their troubles over that stretch. United won twenty-four major trophies in twenty-six full seasons under Fergie.

It did take less than a full season after Sir Alex’s departure for David Moyes to set the club adrift, teaching the newly reconfigured board just how important a powerful leader can be. That’s why they brought in Louis van Gaal, to change course and steer the club back into European waters. Like Ferguson, the Dutchman is forthright, unapologetic, and irascible. They both have those hashtag friendly, triple-threat initials, too, but that’s beside the point. LvG’s in charge and he knows it. If you don’t he won’t be slow in setting you straight.

SAF taught us that was a good thing. The difference between the two men, however, is that Fergie knew when a battle was lost. A year after famously claiming he wouldn’t sell Real Madrid a virus when the Spanish giants publicly announced a deal was in place to move Cristiano Ronaldo from Old Trafford to the Santiago Bernabeu, the Scot caved, selling the Portuguese to the Meringues for £80 million. Today Louis van Gaal is replicating his predecessor’s obstinance in the face of Madrid’s interest in David de Gea. Given that the three-time United player of the year will be out of contract at season’s end, though, it’s safe to say that Van Gaal won’t be able to duplicate Sir Alex’s very profitable capitulation.

Perhaps it’s fair to observe that the two managers are in very different positions. Riding the crest of the wave, as Ferguson did, it’s easier to see the horizon. When you’re in the trough, as Van Gaal’s United continues to be, the long view is understandably obscured. Yet the Dutchman’s mandate is to sail out of that trough and ride the crest again.

Ed Wood(ward)—whose past transfer market naivete has transformed him into a cross-dressing Johnny Depp caricature in my mind’s eye—stated last year that United were the financial equals of Real Madrid and Barcelona. Depending on the metrics applied that may very well be true. Certainly the rhetoric sounding from all quarters is that the club intends to show the Madridistas that they will not be pushed around.

The problem with that stance is that it makes the same error of omission Sir Alex Ferguson did in 2008. It fails to take into account the wishes of the player. In today’s footballing landscape opposing a star player’s wish to leave is a battle you cannot win.

The tactic that Van Gaal has taken, and which Ferguson did not, is to attempt to turn public opinion against the player. It’s a foolish choice on so many levels.

For one, it deprives the club of its best player as they face an important home and away to secure a return to the Champions League. One mistake from the dubious replacement still forging an understanding with his new, unfamiliar back line could cost the club millions.

As well, it undermines the manager’s credibility with intelligent fans who watched the player put his head down and go about his work like a consummate professional despite harsh criticism during his debut campaign. Those fans have come to trust and admire the young outsider who matured into a leader and club savior. They know who returned United to the brink of European contention almost singlehandedly last year, and it wasn’t one of Louis van Gaal’s signings.

In my opinion, saying that De Gea has declined to play is also just a convenient twist of context, a play on words. Naturally I wasn’t at the meeting between the keeper and assistant manager Frank Hoek. I’m betting, however, that the player was asked where he wanted to play football this season, to which he obviously answered Madrid. That is not the same as saying I will not play if you refuse to sell me, and it very neatly explains De Gea’s complete surprise at his manager’s statement.

Finally, David de Gea’s prime motivation for leaving is to fulfill the dream many of us have had: to play for his boyhood club. He just wants to go home. At this stage, the opinions of Madrileño fans spur his ambition. What Mancunians think is of far less consequence. If they turn on him it will only harden his resolve to secure a transfer.

As I said at the outset, words are tricky. Ones that sound or are spelled alike frequently have different meanings. United have portrayed themselves as out to get Real. What the club actually needs to do is get real. Woodward and Van Gaal can sell David de Gea while not appearing to be Florentino Perez’s whipping boys. They just need to admit that in the end the player wished to leave and, given his exemplary service to United, they felt it would be ungrateful not to oblige. If they follow that course, they will be learning the lesson of the Cristiano Ronaldo saga.

There is a lesson to be learned from the David de Gea saga as well. If you don’t want to lose valuable players to homesickness, sign some promising English talent. The vastly improved Stoke City have an up and coming young netminder named Jack Butland. Surely as an Englishman he views Manchester United as the equal of Real Madrid and Barcelona. If United have the same financial clout as those two clubs there’s no reason to think they couldn’t pry a rising star loose from a smaller club. They’ve had enough experience from the opposite perspective to know how it’s done.