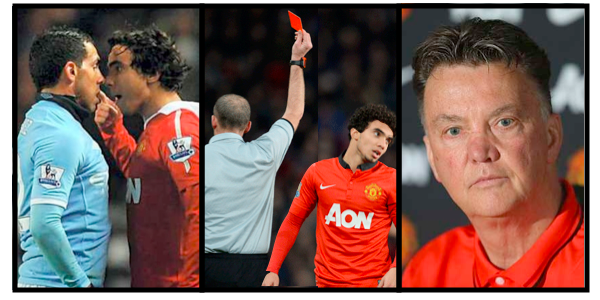 As some of you may be aware, the editor of this fine bastion of unbiased football journalism has in him, through no fault of his own, a touch of the Irish. Thus when a message bearing his name popped up in my inbox on Thursday evening, stating that he liked my writing and wondered whether I’d be interested in contributing a regular column, three thoughts immediately came to mind.

The first was that he had obviously been drinking. Adding weight to that supposition was the fact that, while it was still only eight o’clock in my neck of the woods, it was one in the morning in Tipperary. Surely a sober man wouldn’t still be working at that hour?

Second I wondered just what he’d want me to write about? Hopefully he wasn’t expecting me to analyze upcoming matches by researching past encounters with the opponent, or somesuch. There’s nothing wrong with that, per se, but if you read my last piece—on the David de Gea situation—you would know that I prefer the relationships and political workings in the game to tactics and prognostication.

Third I came up with what I thought was an inspired idea for my first official column. This week United play the initial leg of a Champions League group stage qualifier with Belgian side Club Brugge. There’s a very good film—starring two excellent Irish actors as fate would have it—about a pair of London gangsters laying low in that historic city after a botched hit back in the UK. Perhaps I could find a way to tie the film to the match?

Considering his own Irish heritage, I was a bit surprised by the level of what I’ve decided to refer to as bridled criticism.

No, surreal was alright, came the reply. A polite reply but with the bridle still pointedly in place.

I wasn’t sure quite why that was. I mean it wasn’t as though United were going to descend on a sleepy little European hamlet like gangsters with murder in their eyes. I know, I know. You’re thinking that’s exactly what they should be doing considering the stakes, but the first leg is at Old Trafford. They won’t be, as the film says, ‘in Brugge’ for another week. By that time one would hope, given the gap in talent between the two clubs, that matters will already be well in hand. If so, there’s no reason to anticipate the type of intensity and animosity that might result in—I don’t know—let’s say people of less than average stature being accidentally shot down in the crossfire.

Of course, as Rafael da Silva pointed out earlier in the week from the relative safety of Lyon, France, you can never be too sure of anything when Louis van Gaal is involved. To be completely fair, the diminutive ex-United player was doing his best to diplomatically answer a Brazilian journalist’s loaded question when he said something that roughly translated to, “I can’t be certain that Van Gaal doesn’t like Brazilians.” To be more than completely fair, the new Olympique Lyonnais right back also truncated his thought at that point. Still, the rest of us can’t help but imagine an unspoken “but I’m pretty sure he does” tacked on the end.

Van Gaal has had run-ins with and/or dropped Brazilian players throughout his career. In Barcelona he feuded with Rivaldo and Giovanni. At Bayern Munich he sold Lucio. Then, when he came to Manchester, Rafael and Anderson were both hustled out the door. Anderson of course had been Carrington’s version of Eddie Haskell, managing to ingratiate himself for years despite being neither welcome nor of much use. Rafael had been a different story. Barring injury, he had laid claim to the right back position in Sir Alex Ferguson’s final seasons, then held onto it under David Moyes. So there is a history that suggests Van Gaal is not a big fan of all things Seleção.

Then again you could also argue that LvG isn’t very enamored with Dutch players. Despite being in great form for Schalke and making major contributions every time then-Netherlands manager Van Gaal called upon him, Klaas-Jan Huntelaar was fed only scraps at the 2014 World Cup. Similarly, Robin van Persie is probably still looking in the mirror wondering how he ended up at Fenerbahçe after scoring 58 goals in parts of three seasons at Old Trafford. As well, the United manager was at odds with the greatest technical player in Dutch history, Johan Cruyff, during his tenures at Barcelona and Ajax.

It’s probably closer to the truth to say that Van Gaal doesn’t like anyone. He is neither sentimental nor soft-hearted, and will tell you himself that he has an abrasive personality. As with all the best managers, that personality tends to be imprinted on his playing squads. The man definitely appreciates players with some sandpaper in their game.

We’re not talking hotheads who commit silly fouls when caught out, as Ander Herrera tends to do, or get into unnecessary pissing matches, as Rafael did with Carlos Tevez. What the Dutchman wants is a player who will fight for the ball, contribute defensively, and continue to play hard and intelligently even when his technical form goes south. That is why Marouane Fellaini and Daley Blind are pigeonholed into the starting eleven on a regular basis while Juan Mata and Herrera struggle for minutes. It’s also why a somewhat rehabilitated Nigel de Jong was given the chance at redemption that he took with such aplomb in Brazil.

Yet even those players eventually discover that their boss has no loyalties when their skills or focus erode to the point that they become a liability. That was the rhetoric used against De Gea, three-time United player of the year, when he was benched against Tottenham in the face of overtures from Real Madrid. Marc van Bommel, the other half of Bert van Marwijk’s ‘Oranje is the new Black’ holding midfield. and previously considered an LvG favorite, was unceremoniously shown the door at the Allianz Arena. The only people to whom Louis van Gaal has ever shown unconditional love are his late and current wives.

Over the remainder of the manager’s contract at United, no player should realistically expect to be loved, or even liked. Further, when they do find themselves in the doghouse, they should have the honesty to blame it entirely on their own productivity rather than some perceived bigotry. Adnan Janujaz, a Belgian rather than Brazilian, though not from Brugge, will have to consider that after producing a beautiful winner against Aston Villa on Friday but drawing Van Gaal’s ire for being far too careless in possession.

As for the film tying into the Champions League qualifier, you’ll only want to watch it if your love for club is so demented you’re willing to view Colin Farrell’s hit man, who is contemplating suicide after unintentionally killing an innocent child, as symbolic of David de Gea. I’d like to think that equating the desire to play for your hometown club with manslaughter is going too far for even the most ardent United supporter. If I’m wrong, however, well the film’s ending is probably just right for you.