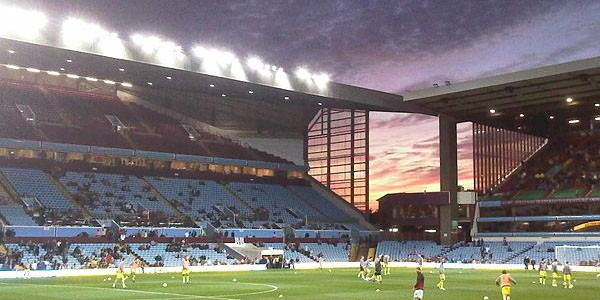 The first away fixture of the 2015/16 campaign down at Villa Park and United are looking for a better run than last season when it took them until November to get their first win on the road.

Goalkeeper: This whole David de Gea episode is getting messy between Louis van Gaal saying he refused the opportunity to play when asked by goalkeeping coach Frans Hoek and the Spaniard’s representatives saying otherwise.

I’m still not convinced by Sergio Romero but there’s little van Gaal can do if Dave’s head is up his arse and not where it should be. The Argentine had little to do against Spurs and some reds got ahead of themselves when analysing his performance.

Defence: We’re solid in both full-back positions and Chris Smalling has been good of late. Daley Blind, on the other hand, is an accident waiting to happen at centre-back.

Midfield: Birthday boy Ander Herrera should be involved but we still should walk over this lot with such strength through the middle.

Striker: Can have no complaints here. Wayne Rooney is all we’ve got and is our captain. In terms of alternative options, Javier Hernandez and James Wilson can step in when needed but with some time left in the transfer window Ed Woodward needs to get a move on. Another striker would solve problems down the line.