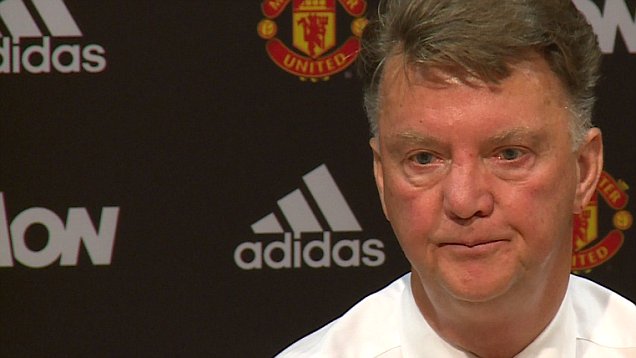 – David De Gea missed last weekend’s 1-0 win over Tottenham due to speculation about his future and, during his press conference, Louis van Gaal revealed the Spaniard will not face Aston Villa.

Asked if De Gea will play, the boss told reporters: “No, it is the same situation. He remains out of the squad.”

– The manager on receiving criticism from former Barcelona player Hristo Stoichkov this week: “I always want to consider who is saying such things and then I know that already because of why? It is not bothering me because as a manager I have to decide a lot of things and Stoichkov is one of the players I send away and that is why he is doing that.”

– Reporter: “How important is United’s away form this season?”

Van Gaal: “Yes, I think that is the key for success this season. At home we were were one of the best [away from home], third in the league I think, but I want to create a fortune from Old Trafford and we did that. But away from home we can improve, but last season it was not good.”

– Reporter: “If United beat Villa, will that put pressure on our title rivals?”

Van Gaal: “No, we have only a better start than last season and that we have wished before the [Tottenham] game and fortunately we won, but the season takes a long time. After ten matches [last year] we had 13 points it was still possible to be the champion and until the game against Chelsea at [Stamford Bridge] it was possible I believe. It is also possible for Arsenal and Chelsea to recover the points, we shall also lose this season.”

– Reporter asked what Adnan Januzaj has to do to play to which van Gaal responded: “I have 28 players and I have to select every week and maybe every three days. Last week I chose for other players. He is doing his utmost best, all the players are doing that. I don’t have any complaints.”

When quizzed further if Januzaj could leave United, he said: “It’s still not for sale.”

The manager may have ruled out the chances of Januzaj leaving permanently, but what about on loan?

– Van Gaal on Javier Hernandez: “Rooney is the striker and Chicharito is the second striker. He knows that.”

– Van Gaal on transfers: “Our aim is always to improve the squad and when it is possible we shall do it. I have said more than once that we only buy when we think a player can make a contribution to our squad.”

– On the balance between rotating his squad and still getting positive results, van Gaal said: “You have to survive the start always. You have new players, a new team, a new team process, the team dynamics are different, so every club and every team has to sustain this period because nobody is 100% fit and they have to play… I think that we have to pay attention to it and develop, but it cannot cost as many points as last year and that is our main objective.”