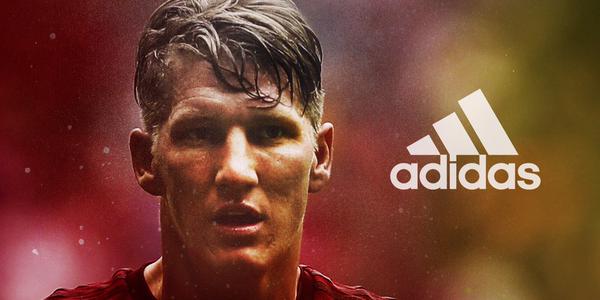 Fittingly, Schweinsteiger joined Manchester United prior to the relaunch with Adidas, a label adored in the North West, having appeared as a walking advertisement for the company for years.

I really like the new @ManUtd away kit from @adidasfootball! pic.twitter.com/905VUu33EQ

Bayern Munich share Adidas as a kit manufacturer and he models their new range of boots each season, so that obviously influences the impression I get from Basti.

One last dream in my career come true. I am excited about the next chapter in my life with @ManUtd. pic.twitter.com/aWnz9mnuD8 — Basti Schweinsteiger (@BSchweinsteiger) July 12, 2015

Despite the ugly Chevrolet logo in the middle of the shirt, Adidas have still managed to produce a beauty. Both home and away shirts and superior to anything Nike ever released as the official Manchester United kit manufacturer.

Fingers crossed we’re successful wearing it. Otherwise it will be a forgotten piece of cloth.