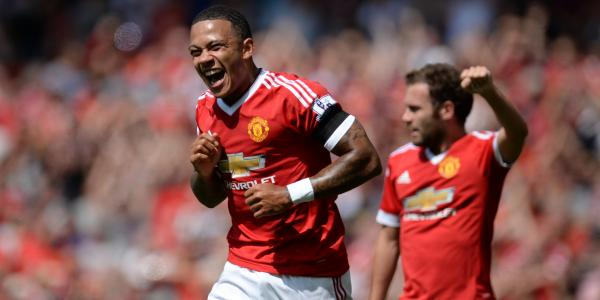 It is the first Monday of the new season and I feel fresh after watching Manchester United claim victory over Spurs, Arsenal lose and Chelsea draw. Liverpool scored late in their one-goal margin win versus Stoke City and MNF (Monday Night Football) will consist of West Bromwich Albion and Manchester City.

Much of the talk following our opening fixture of the season dropped conclusions such as ‘result > performance at this stage of the season.’ While you can’t help but agree with that statement, when is it any different?

Louis van Gaal doesn’t play the prettiest brand of football but his aim and philosophy seems to try make it an effective way of gaining success. People continuously slate Jose Mourinho for parking the bus but do you think he goes to bed each night losing sleep over it? He laughs into a bag of success.

Obviously, I want to be entertained. It’s what us Manchester United fans are used to but sometimes getting back on track should be the objective. Learning how to walk before you run.

The season has also just began and there will always be players that take longer than others to gain full match fitness. For instance, Spurs looked incredibly fatigued prior to the interval on Saturday and United took advantage. Game over.

Meanwhile, I did the usual this morning. Got dressed (still sat at desk in my undies), drank coffee and scrolled through a few sites we use to deliver you news quicker than the rest. Reddit is a handy source and sometimes it pops up with a right barrel of laughs.

Firstly this morning there was a thread to celebrate Roy Keane’s birthday. In stead of your typical ‘happy birthday legend’ or ‘how many grey hairs is that now?’ someone shared the following message:

“This day in 1971, Roy Keane told his placenta: “I’ll see you out there, the Doctor didn’t dare slap his bum after receiving a cold eye glare.”

Another thread, perhaps more interesting, is a piece of audio featuring new boy Memphis Depay dipping into the music industry.

I’m not even going to try pretending that I know what Memphis is saying but what I can tell you is it’s probably double Dutch. The game is not so beautiful anymore with footballers getting involved in either music or politics and Daley Blind wearing a man bun.

Anyway, make sure you keep an eye out for the blog throughout the day for more news and opinion. The Strettycast will be recorded at some point and questions are being accepted for the panel.