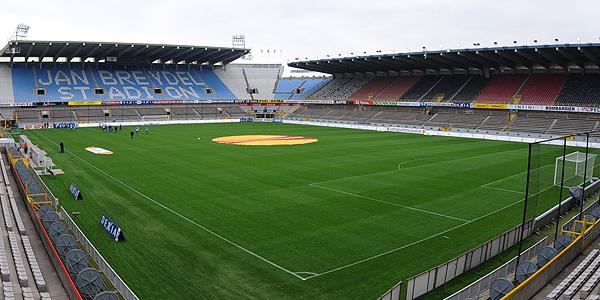 Manchester United will be thrilled with their Champions League qualifier draw against Club Brugge. When you consider facing the likes of Lazio or Monaco, it could have been a lot worse, but on our day we’re capable of beating anyone involved.

A trip to Belgium will satisfy traveling reds, who will undoubtably have their taste buds tested with the beautiful beer on offer.

The first leg takes place at Old Trafford on August 18 or 19 with the second leg played on August 25 or 26.

Club Brugge progressed in the qualifiers at the expense of Panathinaikos – 4-2 on aggregate – after finishing second in the Belgian league last season.

United have never faced Brugge before so it’s a tie that will create history. Hopefully it goes to plan like the 8-0 hammering over fellow Belgian side Anderlecht in the 1956-57 European Cup.

Their ground, Jan Breydel Stadium, which was last expanded in 1998, holds up to 29,472 fans and is shared between Club Brugge and rivals Cercle Brugge.

An interesting fact about Brugge is that the club retired squad number 12 in order to reserve it for the club’s supporters.