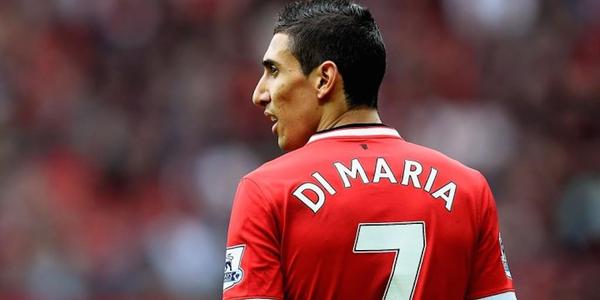 We knew before Angel Di Maria arrived that PSG was his preferred destination. Financial Fair Play ruled out that conclusion but it was always expected that they would come knocking again.

The Argentine was doing superbly at Real Madrid and played a huge rule in the Spanish giants winning La Decima. Unfortunately for Di Maria, Madrid wanted to a new toy to play with and he wasn’t selling as many jerseys as you’d expect Gareth Bale to.

I won’t lie and say I wasn’t excited about Di Maria signing but the club overlooked a better player with one huge attribute that is essential for a footballer to thrive at the top. Fight.

Alexis Sanchez is one I cannot help but admire. He arrived at Arsenal full of flare and was quick to make an impact whereas up North we had a sulky Argentine, who couldn’t give two fucks. Good riddance – a farewell piece by Paul Rowles, one of our lead contributors.

Unsurprisingly, Di Maria is as happy as a pig in shit leaving for Paris. A city crime free with no theft or ISIS presence. You could say it’s as safe as houses – unlike those Cheshire.

“I am very happy to join Paris St-Germain. They’re very important. They made it to the quarter-finals of the Champions League, so my objective was to arrive to Paris and to help them through the quarter-final barrier, because they have struggled in the past two seasons. I will try to do the best I can to help the club in those objectives and reach the final stages of the Champions League.”

Very important? Yeah, to a piss weak league mate. Takes a giant pair of bollocks to face opposition in a totally different league to yourself in terms of quality and financial power.

Di Maria is probably their first signing since the cash injection not to mention the club being a project. Received a warming about overusing the cliche, perhaps.

“I am happy because PSG wanted me to come here and that makes me very happy. After that, I will try to do things the best I can and will try to work hard and give it all I can like I have done in other clubs. I hope things go well and that we can win many titles. I know PSG won everything last season and every title and that is important for a big club.”