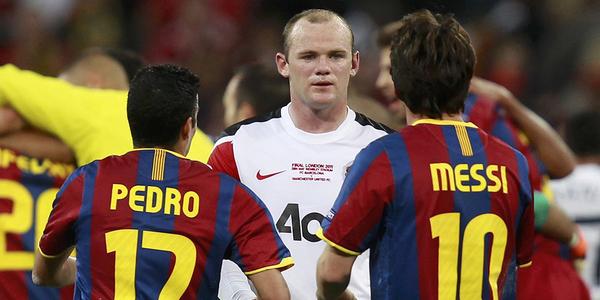 The last competitive outing between Manchester United and Barcelona came in the 2011 Champions League final which the Catalan giants won 3-1 at Wembley.

This time around the tie holds less significance but it still contains two European Super Clubs that are supported throughout the world.

Manchester United’s pre-season tour has seen two wins from two over Club America and San Jose Earthquakes. Louis van Gaal has switched his side around at half time in each game with selected outfield players getting no more than 45 minutes of game time each.

David de Gea, who is expected to join Real Madrid this summer, is yet to feature due to injury. However that did not stop the Spaniard warming up prior to Wednesday night’s encounter against MLS side San Jose Earthquakes.

Barcelona have only played one pre-season fixture so far with another four scheduled, including United on Saturday night, against Chelsea, Fiorentina and AS Roma. The first resulted in a 2-1 win over LA Galaxy with goals from Luis Suarez and Sergi Roberto.

As I have stated in all match previews throughout the tour, results are less important than keeping players injury free. Gaining fitness and a helping the new signings settle is what these tours are about – but winning can help.

We were hoping to see Bastian Schweinsteiger mix with the three other new signings in the first half but the German captain has picked up a minor in training.

United only have one pre-season friendly remaining (PSG) after Barcelona with the first Premier League encounter against Tottenham Hotspur getting closer. Hitting the ground running is our only bet if we’ve any chance of a good league campaign.