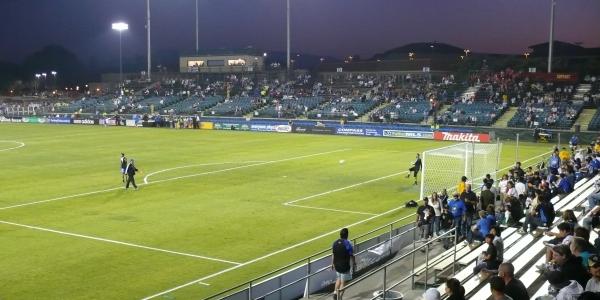 Manchester United began the match against San Jose the same as the first – on the front foot. Louis van Gaal spoke before the match the need to retain match fitness, and retain a sort of understanding with the newer players in the squad.

From the start, Van Gaal’s side knocked the ball about with ease. San Jose were quite content with letting Manchester United retain possession on numerous occasions, and thus limiting the area in which to work with in the final third.

Morgan Schneiderlin also once again controlled the middle of the park particularly well. The Frenchman connected with the likes of Juan Mata and Memphis Depay far more regularly than the first match, as the comfort levels are becoming readily apparent. As Schneiderlin sat deeper on in the park, Mata was allowed to venture forward quite often, allowing the Spaniard the freedom he’s lacked in recent seasons.

With the confidence appearing high, Luke Shaw and Matteo Darmian were work horses alongside the flanks, and leaving little room with which Sam Johnstone had to worry.

Memphis Depay got Manchester United on the score sheet 32 minutes into the match as Ashley Young drew in three defenders ever so well before Juan Mata played a telling ball into the six yard box, and went untouched into the far post.

But United were only hitting their stride. One flying Dutchman may have departed, but it was Depay again who slotted home a tidy finish in the 37th minute off a terrible defensive error on San Jose’s part. A mishap between centre backs, and Depay was allowed to walk in and tuck home his first of the match.

Yet San Jose would get one back three minutes before halftime. Shea Salinas was able to take the ball to the byline, where Amarikwa was able to calmly slot home past Johnstone, cutting the deficit to one goal. However, it was quite poor defending from Schneiderlin who appeared complacent.

The second half produced much of the same, but bar none – Andreas Pereira was mint. His touch on the ball, movement off, and his clinical header to put United up 3-1 was superb. Pereira certainly has impressed the most of all the youngsters thus far, as Adnan Januzaj looks a step or two behind.

Overall, another solid performance for Van Gaal’s men – but plenty of questions still remain, many of which, are the same. Defence. But who am I to speak, it’s preseason.