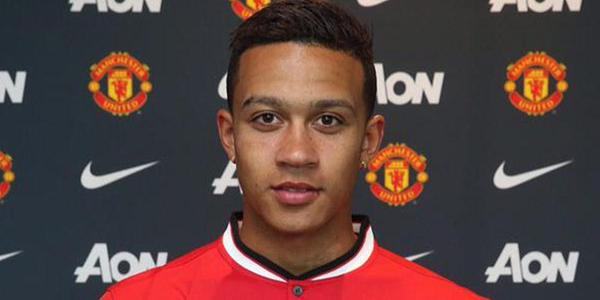 There has been a lot of talk among Reds this summer amid speculation linking David de Gea with a move to La Liga giants Real Madrid.

Conversations that have brought up names such as Jorge Mendes, David Beckham and Cristiano Ronaldo. Why should Manchester United bend over backwards whenever Madrid coming knocking?

This summer it looks like Ed Woowar has took that view on the chin and is rightly playing hard ball with Florentino Perez. The club is adamant that they will not allow de Gea leave cheaply but regardless of that, it still looks like he will be playing in Spain next season.

We now have another incredibly exciting player who is currently the biggest talent coming out of the Netherlands. Will the same happen when/if United develop Memphis Depay into a world beater?

You can just sense Madrid come knocking and boom – he’s taken with a similar contract situation to de Gea. It’s early yet but you like to hope not.

Depay is already talking about becoming a legend. Sadly, de Gea will never be one at Old Trafford through his own choice. We hope our young Dutchman doesn’t make the same mistake.

“I will put pressure on myself to play good every game. I’m still young, I have to improve, the Premier League is different so we will see. I have to do my job, so then yeah, maybe in time I can be a legend.

“But to have those positive sounds from the fans and the legends that talk about me, I’m grateful for that. It’s given me a good feeling that’s important because I’m new. It also gave me a nice feeling to score that first goal for Manchester United and I hope to score more goals in the future.

“We have great quality. We are getting in good shape for the real competition the Premier League, Champions League, the cups, so we have to continue.”

The 21-year-old has shown encouraging signs in his first two games in a United shirt against Club America and San Jose Earthquakes, scoring in the later, playing just behind Wayne Rooney, who will look to form another dangerous goalscoring partnership as he looks to break Sir Bobby Charlton’s record in front of goal.

United fans, like match goers of all clubs, want to be entertained. Older fans will tell you about George Best and Willie Morgan while others will boast about seeing Cristiano Ronaldo.

Without getting carried away, Depay has confidence in abundance and is always looking to make something happen on the front foot. I’m excited about having him at the club and hopeful he can help us bring back the glory days.

Patience is needed at the same time. Don’t expect miracles straight away.