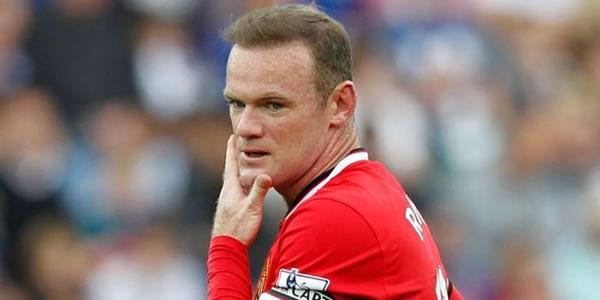 According to Mark Ogden of the Telegraph, Louis van Gaal will set up next season with a 4-3-3 formation – with Wayne Rooney as his central striker.

Last year we had to put up with seeing Rooney as a makeshift midfielder due to Michael Carrick and Daley Blind receiving injuries. It was far from a pretty sight knowing as a central striker he would be scoring goals while Robin van Persie and Radamel Falcao failed to deliver.

I counted at least four different formations used throughout the season, so the chopping and changing must have been difficult for the players to get familiar with, especially those that were also getting used to playing in a different league.

Now it sounds like van Gaal will start the season and stick to 4-3-3 with Rooney as his central striker. Hallelujah. I’m already going to predict a 20+ goal season for our captain if nothing pops up that may see his role changed or something worse like an injury set-back.

The piece also suggests that Bayern Munich’s Robert Lewandowski and Paris Saint-Germain’s Edinson Cavani will not be sold this summer. We heard it on good authority last week that United were focusing on Lyon’s Alexandre Lacazette but Ogden has heard that Felipe Anderson of Lazio is another option.

Being honest, I know little about those two options but have heard a lot of positive stuff about Lacazette. The update on Cavani couldn’t have made me happier, mind.

It would be good for Cavani to challenge himself a little rather than scoring shit loads in a bog standard Ligue 1. I’m not saying the Premier League is the height of world football at the moment but it would certainly be more difficult for Cavani to adapt to. For the money that was being touted I think we should steer clear and it sounds like we have no other choice.

Cavani’s agent, Walter Guglielmone, addressed the stories linking the Uruguayan with a move away from Paris.

“This summer Edi has received interest from top clubs who are chasing a centre forward. He is ignoring them though because he was given guarantees about his position at the end of last season. We have been led to believe that Ibrahimovic will play further and further away from the box in order to touch the ball more, leaving the striker position for Edi to fill, which was the case several times at the end of 2014-15. In such conditions, Edi will be happy at PSG.”

What a name Walter Guglielmone is. I’d sign rights to his name over Cavani and spend the rest on flights to the USA for Paddy Crerand before sneaking the Scot in through customs without a visa.

The lads arrive in California on Monday where they face the MLS side on Tuesday. I’ll have a preview ready for you at some point Tuesday morning but don’t forget to share the love by linking the Stretty News TV discussion on Facebook and Twitter.

It contains some insight on San Jose Earthquakes and the MLS for those of you that fancy learning a bit about the next opposition.