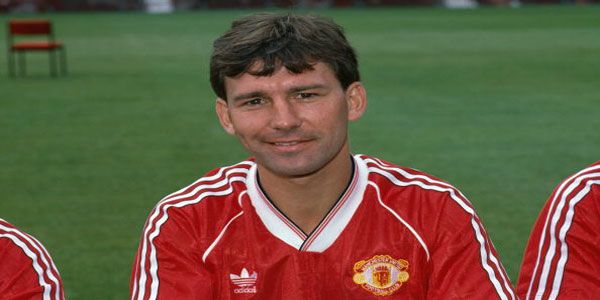 For approximately 10 years Reds complained about having no midfield general. When Roy Keane was shown the door by Sir Alex Ferguson we years away from becoming over-reliant on Paul Scholes and even when the ginger price retired the club convinced him out of retirement.

Scholes was not a midfield general. And neither was fuckin’ Alan Smith.

Throughout those years we heard the ‘no value in the market’ line over and over again from Ferguson when really it was the Glazers unwilling to make the most of having the greatest manager of all time with real financial backing.

I’m not saying money wasn’t spent but we never quite filled holes in the squad and they would have been more visible if it wasn’t for the genius that was Fergie.

The summer United signed Robin van Persie some argued we didn’t need a striker. They were right – United needed a midfield general – but without Robin, would title number 20 have come so quickly?

David Moyes tried to address the problem and targeted Cesc Fabregas, who is a nice footballer not the nasty bastard United were screaming out for. Then came a panic buy on deadline day – Marouane Fellaini – who has all the attributes of a nasty bastard but not the footballing ability.

Two years on and we’ve sealed the signatures of Bastian Schweinsteiger and Morgan Schneiderlin. A pair of midfielders with footballing brains and nasty streaks about them. I sense trouble in the best way possible.

Captain Marvel, a proper midfield general, has offered his thoughts on Schweinsteiger. From a midfielder’s point of view at Manchester United, you can’t get greater praise.

“I have always admired him[Schweinsteiger]. He has outstanding quality, he can be a big influence at Manchester United this year. I like his attitude.

“In the World Cup final someone made a real bad tackle on him and he got up and the next minute someone hit him in the face, he was bleeding, but he wasn’t rolling about. He just got up, got treatment and got on with the game. He is not just one of these players that falls down, and rolls over the place. He is a really good character so for someone like myself it’s great to see him in our squad.”

Raise a can the next time your consuming alcohol. Steel has returned to United’s midfield and it’s about to get tasty.