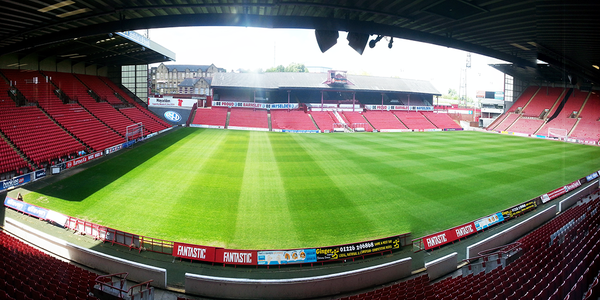 It was announced late last week that Ben Pearson and Joe Rothwell had joined League One club Barnsley on loan until 3 January 2016.

Pearson has already made over 20 appearances for the Tykes last season so he must be doing something right if they want him back.

“I had a great time here last season – making my professional debut – and want to pick up where I left off but help us take that one step further,” Pearson told the official Barnsley website.

“I’m really excited to be here. I’ve heard a lot about the place from Ben Pearson. He couldn’t speak highly enough of his time here and I just can’t wait to get going.

“I had no hesitation about coming here after speaking with Lee Johnson. Barnsley almost made it into the League One play-offs with Ben here last season so, hopefully, we can go one better this time.”

Barnsley head coach Lee Johnson was really impressed by Pearson last season and is now looking to get the best out of Rothwell.

“Ben really impressed me last season – both when he played against and for me. He is a tremendous talent with energy to burn and is a good passer of the ball. He will be an asset in our midfield and I’m really looking forward to working with him again.

“I’m really excited to have Joe on board as well as Ben. We are very lucky to have two highly-rated midfielders on our hands and I’m really grateful to Manchester United for allowing us to bring them both here.”