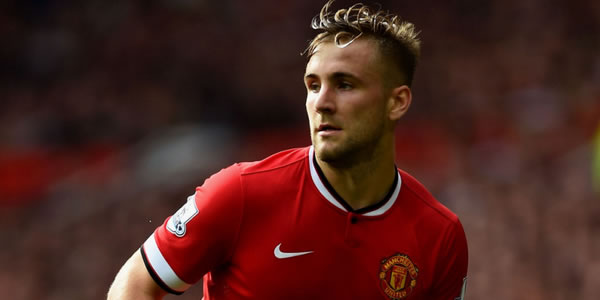 This time last year Luke Shaw was criticised for a lack of fitness and as the season went on he picked up injury after injury.

On return from his holiday with Adnan Januzaj in Dubai, Shaw is looking fitter than ever. He’s lost weight and hopes to have a better season at Old Trafford for his efforts.

Daley Blind took advantage of Shaw’s absences from the starting eleven by looking comfortable in the left back position. The Dutchman’s versatility came through and he actually looked better in defence than he did as a holding midfielder.

What is exciting is how Bastian Schweinsteiger and Morgan Schneiderlin will accompany Blind, who plays better in midfield when partnered with another defensive minded player. That means Shaw can work at cementing his place in the United side without too much to worry about, although I have no doubt about Louis van Gaal selecting his fellow countryman if things are not working out.

Speaking to Andy Mitten of United We Stand after the pre-season friendly win over Club America, Shaw said:

“The big difference is my fitness. Adnan and I decided to ask a member of the United coaching staff to come with us to Dubai and we paid his flights. He worked us in four sessions per day. We had a football pitch, a gym and an altitude trainer, we did beach runs too.

“The most important thing for me was to come back fitter pre-season. I just hope I don’t get any injuries this time. I think last season was frustrating because I was picking up little niggles every time I had a couple of games. Hopefully this time I can stay fit, get a good run of games and win a title at the end of the season.

“I have come back to this pre-season in much better shape than I did last season. The rest has done me really well, the trip to Dubai helped also and I feel good.”

Listen to the podcast in full.