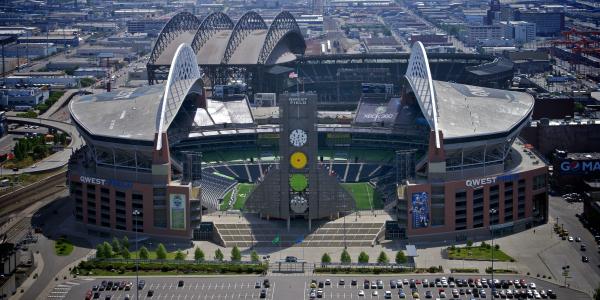 First of the preseason:

On a warm night in Seattle, Washington at a packed CenturyLink Field arrived a Manchester United side leaps and bounds beyond last year.

The max exodus of Southampton players over recent seasons may go down as one of the most unsuccessful ones in recent memory.

But Morgan Schneiderlin silenced naysayers only six minutes into their first International Champions Cup match against America, proving the move could pay dividends for Manchester United. A brilliant worked corner from Juan Mata found Schneiderlin and opened the score early for United; who have become quite comfortable on United States soil in recent years.

It was a day of first’s for Manchester United on their second consecutive tour of the United States; along with the debuts of Memphis Depay, Schneiderlin, Darmian and the likes.

From the get-go, it was all good signs. A backline of Luke Shaw, Phil Jones, Daley Blind and Matteo Darmian was quite a new combination but all signs prove to a promising future. Yet in early stages against Club America, United’s centre backs seemed to split quite far apart leaving a large open space in front of Johnstone, where either Michael Carrick or Schneiderlin needed to fill.

Though Louis van Gaal’s side lacked pace on the wings, a point he’s stressed ever so mightily in recent memory, the interlocking play from Depay and Mata was superb. The confidence about their play allowed the likes of Wayne Rooney to sit further up the pitch keeping America honest.

With Depay playing in the true no.9 role, 29-year-old Rooney’s level of consistency is allowed to flourish. Rooney’s ability to roam, interlock with the onrushing defence, and direct traffic up front allows for a more free-flowing attack

The second half was not much different, other than the fact van Gaal elected to replace the entire starting XI. And on came Bastian Schweinsteiger.

The eight-time German champion conducted himself the way Roy Keane once did. Schweinsteiger, the first German in United’s first team, controlled proceedings in the centre of the park. Without question, it appeared he was even controlling the younger players – directing traffic and movements from Pereira and Jesse Lingard.

But it was Andreas Pereira who nearly doubled United’s lead in the 48th minute, but saw his left-footed effort drag just wide. The youth and enthusiasm of the younger players; Adnan Januzaj, Paddy McNair and the likes would prove quite refreshing for van Gaal moving forward.

As the first preseason match is now in the books, Manchester United can certainly take plenty of positives from what to them would be a mere training ground match.

Next stop, San Jose – against the San Jose Earthquakes.