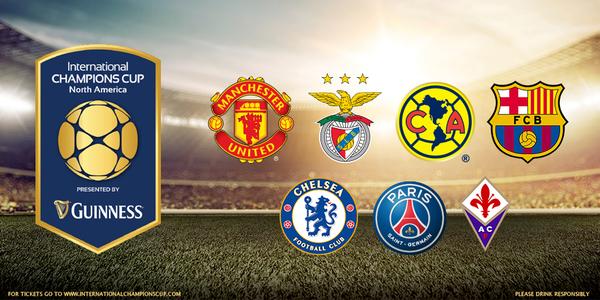 The first fixture of the pre-season tour takes place in the early hours of Saturday morning when Manchester United take on Club America and fans are eagerly anticipating sight of all the new signings.

Memphis Depay, Matteo Darmian, Bastian Schweinsteiger and Morgan Schneiderlin have all been training all week in Seattle with Louis van Gaal and his staff and are expected to feature for the first time in United shirts.

This will be Club America’s second friendly in over a week, so they should come into the encounter in better shape than United but in all honesty we’re just getting the excuses out earlier.

Only joking. Getting every player minutes and back to Manchester fit for the new season is much more important than winning these pre-season games.

It’s difficult to know what to expect for the first game apart from plenty of substitutions. All of the headlines are focusing on incomings and outgoings and there’s little interest in what actually happens throughout the 90 minutes of pre-season friendlies unless you’re tuning in as a fan.

The game kicks off at 4am GMT, broadcasted live on MUTV. A late one for us across the pond but you will be able to receive updates from @StrettyNews on Twitter.

Nayib Moran gives us some information for Club America…

Club America will begin the upcoming Apertura 2015 season with Ignacio Ambriz as its new coach. Among the new players added to the roster is Mexican midfielder, Javier Guemez, who played in the last Copa America.

With Ambriz as coach, it’s expected that America will play with a 4-4-2 formation. Several of the players to keep an eye on are Colombian forward, Darwin Quintero, Colombian midfielder, Andres Renteria, and Ecuadorian winger/forward, Michael Arroyo.

America is the current CONCACAF Champions League champion and will take part in the upcoming Club World Cup. In that tournament, Dario Benedetto, scored seven goals and was named Best Player of the tournament. Unfortunately, the Argentinean forward sprained an ankle during America’s last friendly and will not play against Manchester United.

Lastly, worth pointing out that in Mexican football, Club America is Chivas’ main rival. Chivas should resonate since it’s the club where Chicharito took his first steps as a professional footballer.