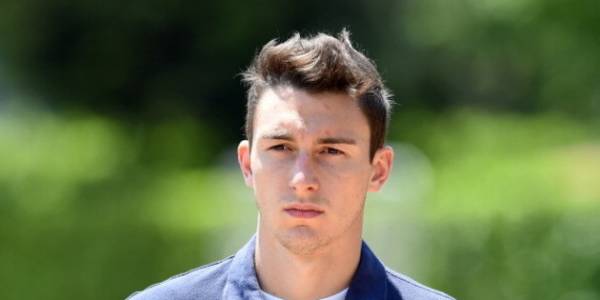 The Italian full-back is set to make the biggest move of his playing career and not many of us know a great deal about Matteo.

Macheda, who now finds himself Cardiff City, bigs up the idea of wearing the United shirt and wishes his fellow countryman the best which is a nice touch from a player that never fulfilled his potential at Old Trafford.

“I think he is ready for this new challenge and wish him the best of luck.

“Of course pulling on the famous shirt of the Red Devils brings a certain amount of pressure and expectation, the club has a huge and rich history, something you are aware of every time you play for them.

“However, Darmian is a strong character and I’m sure that with a bit of consistency in the side he will fit in fantastically.”

When asked about the transition from Italian football to the Premier League, he continued:

“He will definitely notice a big difference in how the game is played between Italy and England. Here, football is much more physical than back home. He will be expected to not only to be a competent defender, but it is also important playing in his position he can attack, and I believe that with the qualities he has, he will hold his own.”

2 responses to “Federico Macheda: I wish Matteo Darmian the best at United”