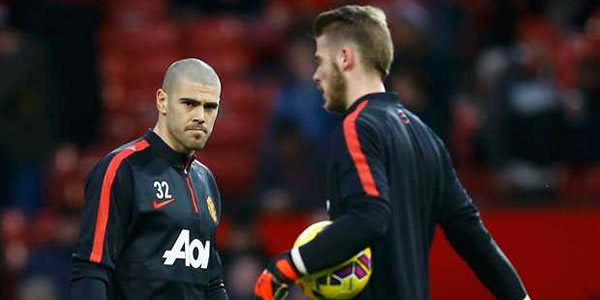 So far it’s been a busy week with developments occurring on Matteo Darmian and Morgan Schneiderlin.

Firstly, the Italian right-back is expected to be announced a Manchester United player at some stage today and secondly, talks have re-opened between the reds and Southampton about Schneiderlin.

There is still a lot that needs sorting like outgoings, an incoming centre back and a striker or possibly two. What I had planned to focus on this morning is David de Gea, who has been quiet around the club since returning from a summer break on Monday.

When I say quiet, I mean he’s not returned and demanded a move away as much of the Spanish press expected. De Gea is clearly not desperate about joining Real Madrid but a move would open the door to living with his girlfriend, Edurne Garcia, and for that reason I cannot blame him.

Perhaps unsurprisingly but still worth taking note of is how de Gea is adamant that he will not hand in a transfer request. He loves United, its fans and everything that has come as a result of his move from Atletico Madrid in 2011.

The best case scenario for United at this stage would be to come to some sort of an agreement. For instance, a new contract and ‘gentleman’s agreement’ that the club will let him leave in a year’s time. The contract in place would mean we get a good deal and another year to evaluate the right replacement for de Gea, who gets another taste of Champions League to prove himself on the world stage while he still prepares for that transfer for Real Madrid.

Sadly, it probably won’t end like that and he’ll be off before the season starts. If that happens I’m not totally against Victor Valdes getting a shot. Louis van Gaal, Frans Hoek and co would not have bothered with the former Barcelona goalkeeper if they thought he wasn’t good enough.

But like the fans sang at the final home game of the season against Arsenal, “we want you to stay” as de Gea went down the tunnel injured. He will not receive such admiration elsewhere and certainly not Madrid.

Meanwhile, our piece on a Manchester United Woman’s team is picking up some momentum. It was not something I wrote, but Mike’s opinion is very much the same as mine.

We are awaiting comment from the club and promise to keep you updated on whether they 1) reply and 2) give a shit. It is something a lot of fans would want to see reintroduced and there is no reason United cannot field the greatest teams, male and female, in the land and join in more so when events such as the World Cup occur.

Not only young boys dream of becoming the next Wayne Rooney or Gabriel Obertan but girls do and should have equal ambitions. Alex Morgan has made an incredible career for herself and is now a World Cup winner. If United could produce something similar in the woman’s game it would somehow add to our incredible history archive.

However, the first step in making history is to launch a Manchester United Woman’s team. We want it to happen. Do you?

You will hear from me again tomorrow morning. Don’t forget to drop by throughout the day for news on the greatest club on earth. Yer-ni-ted!