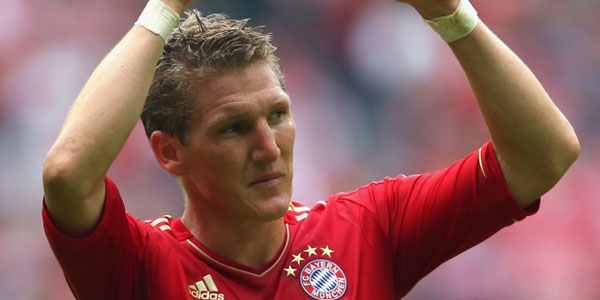 Rummenigge is expected to meet the midfielder this weekend to discuss the midfielder’s future at Bayern and where he stands in the Bayern starting eleven next season.

“I have spoken to Bastian on the phone while we have been on holiday and will speak again now that he is back,” Rummenigge said.

“I cannot deny the fact that I have understood during these conversations that he is flattered by the interest from England.”

At United, Louis van Gaal is likely to hand Schweinsteiger more of a key role in the squad while the 30-year-old will be able to experience playing in a new country and compete for new honours having already won everything there is to win at the top level in Germany.

If the club that bring in Schweinsteiger along with Mogan Schneiderlin of Southampton our options in midfield will be incredibly stronger next season. The amount of midfielders will also increase allowing the manager more freedom to rest players here and there with United having more fixtures due to their inclusion in the Champions League.

Schweinsteiger will also bring a wealth of experience with him to Old Trafford granted a deal of some sort is agreed.