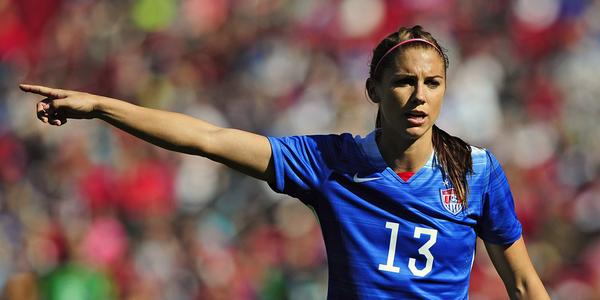 I suppose an introduction is needed here to anchor the sensationalist title of this opinion column. The scandal of United’s women’s football team is that there is none. For a club that claims to have the largest female fanbase on planet Earth and has taken cold, ruthless, commercial marketing in the game to new, nauseating levels in the last 20 years to not have a women’s team is shameful.

In light of a superb World Cup recently in which England’s women had their best run in half a century and our cousins across the pond set a new gold standard of excellence, with their demolition of the defending champions, United’s oversight is scandalous and baffling.

United had a flirtation with the women’s game at the turn of the millennium but within six years it was dropped. The Glazers came in and decided it wasn’t commercially viable a notion more ridiculous than Russia Today’s portrayal of Vladimir Putin as a friendly, neighbourhood, father figure.

The idea was floated again during the brief reign of David Moyes, who had been a central figure in introducing a women’s team at Everton but Moyes was stewarded out as quickly as he arrived and the idea was forgotten. However, with the rising profile of the game in recent years it is now a notion that has gone beyond ridiculous to becoming more outdated, misogynistic and insulting than 1970’s light entertainment.

FC United even have a women’s team, a semi-professional outfit funded by its fans. Just another area that FC makes its far wealthier, estranged relation look bad.

United has greater resources than ever other club in the Premier league, in fact its global reach and ever increasing turnover means the club/commercial behemoth probably has more clout than most of the Football League clubs combined. It isn’t simply that United can afford to have a women’s team for tokenism, they can afford to have a fully professional outfit that competes for and wins the major trophies regularly, just like the men.

United’s centre of excellence for academy players is one of the best around. The girls’ team has lost just three times in three years, a staggering record indeed. It isn’t just little boys who want to run in the famous red shirt and proudly proclaim themselves a Manchester United player, plenty of girls do too. Unfortunately when the time comes to step up to the senior ranks nothing is there for them and United’s rivals steal a march on them by taking the best of their crop.

Right now there is a bidding war over starlet Fran “mini-Messi” Kirby. The 22-year-old pocket dynamo is clearly an immense talent and the big hitters of the WSL are lining up to break the transfer record to buy her. Her record in WSL2 with Reading is excellent and she showed flashes of brilliance in the group stages of the World Cup. United should be in that tussle, blowing other teams out of the water to secure her signature as a marquee signing. Instead there will be no women turning out to play for Manchester United this season and probably not the next.

Manchester United setting up a women’s team would be a game changer, particularly in the current post-World Cup environment where the game is still red hot. The thought that it wouldn’t be financially viable is ludicrous, as England and Chelsea striker Eni Aluko says “it does so much for a club’s public relations.” It would help not hinder the brand created around the name. The profile of women’s football in England would rise even further with a Manchester United team, the emotion the club inspires, both adoration and hatred, would generate an increase in participation and crowd numbers.

The biggest club in the country and one of the very biggest in the world, the only club that rivals the likes of Barca and Real for sheer size would force the sports power brokers to take the women’s game more seriously. There would be more opportunities for English girls to turn professional in this country, wages would rise and as Aluko also said “it will give younger girls in the area something to aspire to.” As I already said, plenty of girls out there want to emulate club legends like Best, Ronaldo and Giggs as much as the boys.

Besides, having two senior teams to piss off other fans with is far too good of an opportunity to pass up.