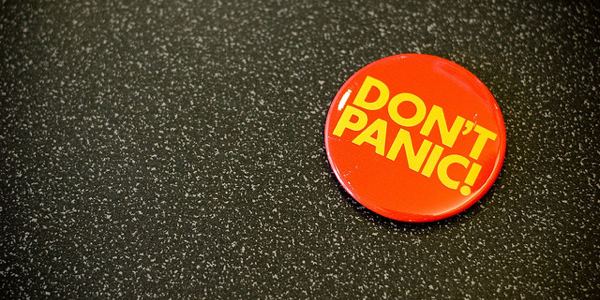 Silly season has officially started. The time where desperate supporters fill the void left by the Premier League hype machine by speculating on who will be on the football version of A Place in The Sun or in Manchester’s case, A Place in The Constant Rotting Damp and Disappointment. In the time since Ferguson and his aura of certainty left this time has always reminded of The Simpsons episode, Homer the Vigilante. I can imagine it now, Dale on Stretty News TV with a pseudo-shrink named Dr Roy.

Dale: “Now United have only bought one player and have to rely on Ed “Old Gil” Woodward to do business, would you say it’s time for United fans to panic?”

You can already sense the rumblings of a panic from United fans over the dearth of transfer activity since signing the fabulously named Memphis Depay. To be sure the media haven’t helped matters. More and more articles are appearing asking why United haven’t signed anyone else and infinitely more pop up linking the club with every Tom, Dick and Jose. Constantly scouring the net and finding opinion pieces (like this one) simply designed to fill the abyss until the season starts (unless you have been watching the superb Women’s World Cup), just fan the flames of panic.

Although even I got a little concerned when I heard Nathaniel Clyne had all but signed for Liverpool for a fee rather meagre in the current inflated marketplace. More galling when the prospect of another season of Valencia at right back looms larger than Dallas’ fattest family heading through the local McDonald’s car park while terrified staff look on in disgusted horror. I admire Valencia’s willingness and work ethic but he has the talent of the average stand-up comic from the 1970’s and with less subtlety.

For all the fretting though I wouldn’t panic too much. United now have a manager who knows how to operate at a big club and commands respect everywhere. What’s more Ed Woodward is showing a little bit more nous in the transfer market this year. Depay was secured quickly and Schneiderlin, a superb player, looks like he will soon follow, despite the reported delay. Moreover as I’m writing this, Sergio Ramos has politely told Real Madrid to f*** off while United hover like a flock of vultures over a dying bison.

The panic is understandable on some level. Our fourth spot was only really obtained through a brief good run of form and the hilarious collapse of Liverpool. Throw into the mix how the last two summers haven’t been conducted in the most professional manner and you have a perfect storm, or more of a gusty drizzle. In fact the previous two summers have been conducted in the same manner I approach Christmas and Birthdays: assume I have everything in hand then bolt around at the last minute like a lunatic, spending more than needed and not securing the items I had originally planned to.

Much of United’s business of late has been done last minute and on the hoof, meaning players have no chance to settle in. Di Maria and Falcao clearly suffered and Herrera took months to seemingly settle in and Fellaini wasn’t even first choice and something of a joke. Undoubtedly the spine of the team needs re-enforcement more than anywhere else as soon as possible, especially at centre half. Otherwise with a bumper new contract in hand, 1920’s slapstick, music hall comic Phil Jones will very likely be starting the season as first choice. A prospect that should chill United fans as it much as it creates mirth with everyone else.

Still, is it worth panicking at this point? Only Liverpool have splashed the cash so far and they still haven’t bought a centre forward or a centre half. Chelsea and City have been conspicuously silent and while Arsenal have purchased the superb Petr Cech, we can always rely on Wenger to buy a technical, injury prone midfielder instead of the battle hardened general and prolific goal scorer they actually need.

Seriously people, it’s July, the weather is glorious outside and the Lionesses have done us proud, so can we not fly into a blind panic before a ball is kicked please?