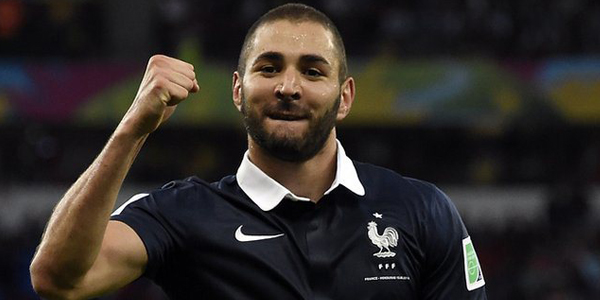 The claim that United’s front-line is one particular area that needs reinforcing after the 2014-15 season has a virtual unanimous nod of agreement from United fans.

After a season in which Wayne Rooney and Robin Van Persie endured their most barren spells in front of goal, Danny Welbeck was sold, Chicharito was all but binned, James Wilson still learning the ropes and Radamel Falcao, well need we elaborate?

Strikers have been and swiftly gone off the market, so the expectation, in theory, is that Van Gaal has someone lined up: Danny Ings, who was wanted at Old Trafford by a few of us, has joined Liverpool. Carlos Bacca was linked after his Europa League heroics, he has now joined AC Milan. Jackson Martinez, who has scored goals wherever he has plied his trade, has gone to Atletico Madrid, replacing Mario Mandzukic, who was also put alongside United’s name in gossip columns, he has replaced ‘Kettle Neck’ at Juventus.

The million dollar question is, ‘who are United actually targeting up front?’ We try and hazard a guess in today’s potential targets feature:

Karim Benzema: The Real Madrid striker is seen by many to be the ideal number 9, and has had links to United in the past- when there was apparently no value in the market and we signed freebie Michael Owen. There was talk he’d be a bargaining tool in the David de Gea saga, before that baton was passed to Sergio Ramos. Cristiano Ronaldo will reportedly be given a more central role next season, meaning Benzema could be marginalised.

Romelu Lukaku: The big Belgian had been talked up to United by his agent, saying that his client would one day play for a big club. A physical specimen, proven in the Premier League and his best days in front of him, but would Everton even come to the negotiating table, with United already expressing strong interest in their right-back Seamus Coleman?

Alexandre Lacazette: The Frenchman, like Benzema, came through the Lyon academy and has turned heads in the last season- plundering over 20 goals in a breakthrough season. Lacazette is reportedly on the market for a bargain £21M and has the finishing and pace that the front-line is craving.

Gonzalo Higuain: The former Real Madrid striker deals in goals and has been linked with United following Rafa Benitez’s departure to Higuain’s former side. The Argentine’s poaching qualities would not go amiss at Old Trafford.

Harry Kane: One-hit wonder or the real deal? Time will tell. Dealing with Daniel Levy? That is another matter altogether, particularly for a young, English forward. The prices touted would be madness but what is money to a club like United?

Christian Benteke: Similarly to Lukaku in the fact he’s young, Belgian and an absolute powerhouse. Villa will reportedly not budge on any bid submitted below his £32M buyout clause. There are those who doubt his overall ability due to having to play to his physical strengths, but his goal record at Villa (for a side struggling at the bottom) has been admirable.

Thomas Muller: United are reportedly willing to hurl big money in his and Bayern’s direction. Despite Muller’s public distancing from the rumours, Van Gaal is known to admire the German, who was linked last summer too. It is debatable how realistic a transfer would be, with Muller remaining an integral part of their framework, but money talks.

Who is your answer to United’s striking dilemma?

Give us your suggestions.