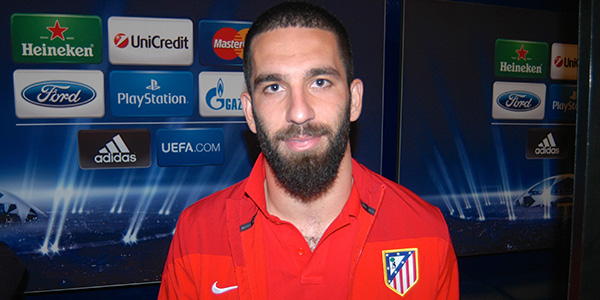 For years, the common gripe among United supporters was the reticence to bolster the engine room, with the likes of Paul Pogba shunned, Paul Scholes slipping into not one but two retirements and the unfathomable persistence with the likes of Tom Cleverley and Anderson.

Louis Van Gaal started to address that last summer with the addition of Ander Herrera, proving that better late than never hypothesis. For the second summer running, it looks like central midfield reinforcements will be coming through the door, with an over-reliance on the Rolls Royce Michael Carrick needing to be addressed.

Our focus today is on who might be joining the likes of Carrick and Herrera at Old Trafford:

Morgan Schneiderlin: The rumours are strong that Schneiderlin will be completing a move to Old Trafford within days, with United raiding Southampton for the second summer running. The fee is believed to be in the region of £24M, the Frenchman would bring a defensive nous and passing ability from deep very much in the Carrick mould, which has been well-documented to be a priority. Watch this space.

Bastian Schweinsteiger: Although the Bayern legend has hit the 30 years of age mark that seemingly means you are over the hill in some quarters, Schweinsteiger has the ability to go on for a good while yet and would be a fantastic signing. The skeptics are questioning whether the German is merely using United to get a new contract but Schweinsteiger would give United that ‘balance’ Van Gaal so craves.

William Carvalho: The Sporting Lisbon midfielder excelled in the under-21 championships and has long standing links to United, with Jorge Mendes (surprise, surprise) his agent. Carvalho is renowned for his physical qualities, a real powerhouse and of the right age to become a mainstay in midfield for years to come. United, of course, have history with Sporting, for the likes of Cristiano Ronaldo, Nani and Marcos Rojo, that relationship could be seen this summer once more.

Arda Turan: The Turk is reportedly unsettled at the Vicente Calderon, with the somewhat bizarre gripe that he is worked too hard under Diego Simeone’s leadership. His agent, as is the norm, has said that his client is in talks with big European clubs, so United were automatically deemed to be in the hunt for his signature. He would not be exempt from similar defensive duties at United, but whether they are actually in for him, as another winger, appears unlikely.