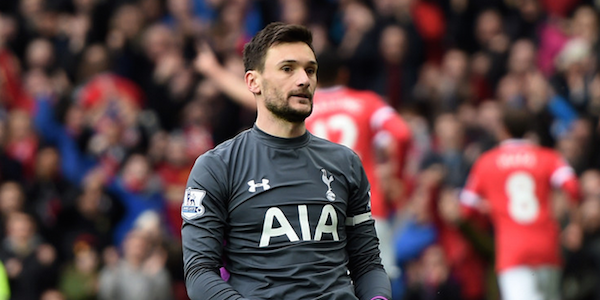 The David de Gea departure stories to Real Madrid are appearing in our papers on an all too worryingly frequent basis. The inevitability of swapping red for white, Ronaldo like in 2009, is like a hurricane mid-cycle, almost impossible to stop.

United appear destined to lose their number one, at the first tangible hint of an exit, who has developed into an outstanding young goalkeeper. The end product is frightening to contemplate and sickening to think that our very eyes will not be able to witness that boundless potential reached.

The likelihood of De Gea’s apparent ‘dream’ to play under Rafa Benitez being realised increases, as does the mortification that his contract situation was not resolved in Ferguson’s farewell season or even Moyes’ sole campaign in charge- when it was becoming clear that De Gea’s progress curve was only going in one direction, after a trying debut season in England.

United will look to act promptly to any De Gea exit.  His successor will have big gloves to fill, such is the Spaniard’s importance in between the sticks. United briefly flirted with Petr Cech’s representatives, sounding out a move for the Czech keeper, who made no bones of his desire to no longer play second fiddle behind Thibaut Courtois at Stamford Bridge. Due to the geography, Cech’s family are schooled and settled in London, Mourinho has agreed to sell the veteran to Arsenal for a mere £11M. United, through no fault of their own, have missed a bargain.

United have their sights elsewhere, the potential targets could be these:

Hugo Lloris: The Tottenham goalkeeper is considered one of the Premier League’s best and, despite United’s notoriously difficult history with chairman Daniel Levy, is widely reported to be Van Gaal’s number 1 choice to replace De Gea. That checkered history may be smoothed over should the conjecture over a £18M release clause prove to be reality. Lloris is regarded as one of the best shot stoppers in the division and can boast years of Premier League experience.

Jasper Cillessen: Cillessen, who is currently plying his trade at Ajax, has played under Van Gaal for the national team and was famously hauled off in extra-time in the World Cup in favour of Tim Krul for his supposedly superior reach. Cillessen is 26 and has 23 international caps, mostly through Van Gaal’s reign. Cillessen is also regarded as a good shot stopper and has a good command of his area, standing at 6’2″.

The Dutchman has been speaking of the interest in him:

‘The Ajax management are going to make it really difficult when the interest becomes concrete.

If I had planned to leave, I would not have signed a new contract until 2018. My old contract was expiring in the summer of 2016 and in that case this summer would have been the perfect moment to leave.

‘(Ajax coach) Frank de Boer has been very clear when he received questions about my transfer – he wants to block it.’

Asmir Begovic: The Bosnian has been a constant in Stoke’s year-on-year upward trajectory into an established Premier League outfit. Like De Gea, Begovic too only has a year remaining on his current contract. All the talk has been that Chelsea will move for Begovic once Petr Cech’s transfer to Arsenal has been confirmed. That said, can a goalkeeper of his calibre afford to move just to sit on the bench, taking on Cech’s predicament? Begovic would arguably be guaranteed the No.1 jersey should a move to United ensue and could be available for a cut-price deal.

Victor Valdes: Will Louis Van Gaal put his faith in a player who he knows expertly, after his spell at Barcelona? Valdes has already had a taste of English football, showcasing his agility and superb shot stopping but also showing a frailty against the aerial ball and physicality, much like De Gea’s debut campaign. His quality cannot be disputed, but if/when De Gea exits, a replacement will undoubtedly be required.

Who is your candidate to take the gloves from David De Gea?