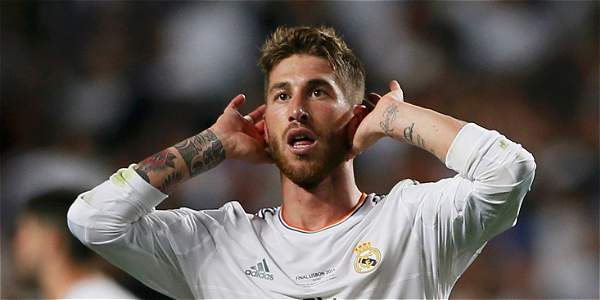 Defensive reinforcements at United have failed to reduce in importance even a year into Louis Van Gaal’s reign at Old Trafford. Many were correctly of the opinion that a backline losing the experience and medal hauls of Vidic, Ferdinand and Evra would need major investment to compensate for the legendary triumvirate.

United did invest last summer, signing Marcos Rojo, Daley Blind and Luke Shaw, however there were times when the likes of Tyler Blackett and Paddy McNair were thrown in at the deep end, rather than eased into the first-team picture.

The defensive positions under the transfer microscope are at right-back, where Rafael has become almost a forgotten man and Antonio Valencia still carries the makeshift tag, and centre-back- with doubts over Jonny Evans’ future and Phil Jones failing to properly kick on in the mould of Chris Smalling’s progression late in the campaign.

United did initially sound out Southampton for Nathaniel Clyne, however interest appeared to have cooled in the England international, to the point where Liverpool have reportedly had a bid accepted for a mere £12.5M. Have United missed a trick here? Time will tell.

So who might Louis Van Gaal be targeting for both positions? We take a look:

Seamus Coleman: The Everton full-back has become one of the league’s most consistent and attacking right-backs. His ability to get up and down the wing and weigh in with his fair share of assists and goals makes him a very attractive proposition, and also qualifies as a homegrown player. United have found it hard to negotiate a sound value with Bill Kenwright in the past, but many would argue that Coleman is worth any transfer fee shelled out.

Fabinho: A relatively unknown quantity to many, the Brazilian now plays second fiddle to Dani Alves in the national team. His club, AS Monaco, have only just acquired his rights full-time, after a two year loan from Portuguese side Rio Ave. However, it is reported a fee of £15M would suffice for Fabinho to move clubs swiftly. The hope would be he would enjoy more success than our previous signing from Monaco.

Sergio Ramos: There has been much conjecture whether Ramos is pining for a new contract at Real Madrid, whether he’d be used in the David De Gea deal and the rumours have polarised United fans, surprise surprise. Van Gaal loves his multi-functional players and Ramos fits the bill, playing right-back, centre-back and even holding midfield (with mixed success). Ramos’ ill discipline has also led to waves of discontent in the rumours, but United would undoubtedly be securing a quality defender, albeit very costly.

Nicolas Otamendi: Otamendi was, in the eyes of the experts, the stellar centre-back in La Liga last season. He has been heavily linked previously, with Moyes reportedly hesitating on a deal before Valencia pounced. Angel di Maria and Marcos Rojo have been on international duty with Otamendi, hopefully swinging the pendulum in our favour. He has made clear his intention is to leave Valencia, however they are insistent his full buyout (around £35M) should be met to force a sale. At 27, he has the leadership qualities and is at the right age to become an integral member of our defence. What’s not to like?

Mats Hummels: The German is turning into the new Sneijder as far as the rumours go. They are incessant year in, year out, yet Hummels always stays loyal. Yet, with a change of management, it has been speculated whether that resolve will wear thin, as he can no more be a Klopp disciple. At 26 and, like Otamendi, a leader at the back, Hummels is seen by many as the ideal fit in defence.

Raphael Varane: The Frenchman has been courted by United since his teenage years, with Varane electing for the Bernabeu over United after leaving Lens. He featured sporadically last season, with Carlo Ancelotti favouring the experience of Ramos and Pepe. His future remains in the air, depending on where the Fat Spanish Waiter envisages him playing. It is thought that Varane may have been the topic of discussion over any De Gea deal, that has not proved to be the case so far. A future bid may rely on the outcome of the Ramos interest.

John Stones: Another who fits the homegrown criteria, his development saw the consistent Jagielka/Distin partnership disintegrate at Everton. He possesses an ease on the ball, positionally sound and is a danger at the other end (as we well know). Stones’ two appearances for England have also come at right-back, which is not a novel position for him. Like Coleman, would be hard to prize away without hard outlay.

Matteo Darmian (update by Dale): The Italian full back has been watched by United for sometime, although according to close sources our chief scout is not totally convinced. Breaking into the Italy senior side last year before the World Cup in Brazil, Darmian has also received interest from Napoli. This link is worth keeping an eye on but we can’t say we know much about the right-back.