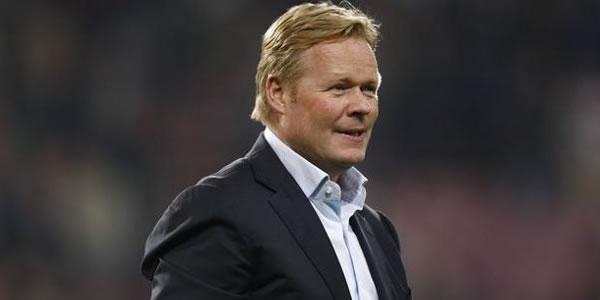 Southampton manager Ronald Koeman was asked yet again about the future of French midfielder Morgan Schneiderlin.

Schneiderlin, 25, is a target of Manchester United this summer and the club have already had one bid rejected by the Saints, who are asking for a fee believed to be worth £25 million.

“Two weeks ago we had a bid from Manchester United and it wasn’t enough,” said Koeman.

“There’s been no more bids.”

The reds are expected to make an improved offer with talks ongoing about a Champions League clause.

“I had a meeting with Morgan,” the Southampton boss continued.

“We will see what happens in the next few days. Number aren’t my business, it’s the club.”

Koeman also said Schneiderlin was no training with the club this morning due to illness which we find hard to believe.