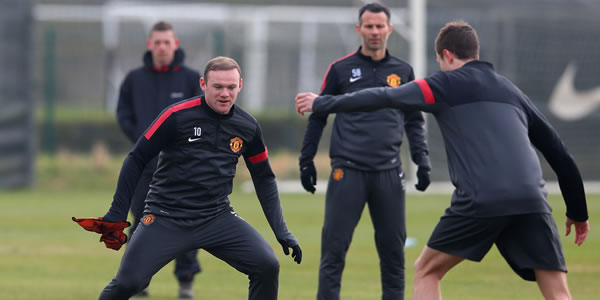 Manchester United returned to training this morning to prepare for the US pre-season tour.

All the excitement surrounded Memphis Depay, who met a lot of his new team-mates for the first time after joining from PSV Eindhoven.

Despite being linked with moves elsewhere, David de Gea and Robin van Persie returned from their summer breaks and re-joined the squad for training.

All in for training at Carrington, Wayne Rooney first to arrive this morning. Depay, De Gea & Van Persie included.

The squad fly out to America next Monday, so Louis van Gaal has less than a week with his players before the pre-season friendlies kick off.

So far this summer United have only made one signing and they’ve been relatively quiet in terms of briefing the media. If van Gaal is expecting a better campaign next season reinforcements are required.

Check out this morning’s blog: Where art thou, Woowar?