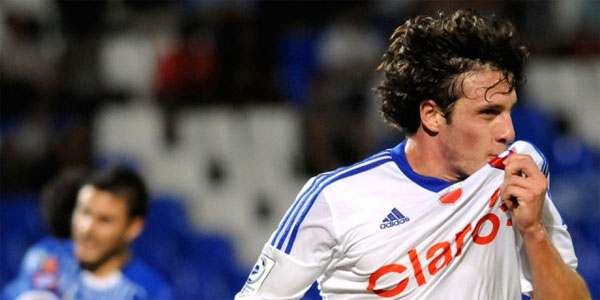 Angelo Henriquez moved to Manchester United in 2012 but never made a first-team appearance and has now turned a prolific loan move to Croatian side Dinamo Zagreb into a permanent transfer.

The 21-year-old scored 20 goals as Dinamo won the league title last season and earned himself a place in Chile’s Copa America winning squad, coming on as a late substitute in the final against Argentina.

Since arriving at Old Trafford as a Sir Alex Ferguson signing, Henriquez enjoyed loan spells at Wigan, Real Zaragoza and then Dinamo.

Robin van Persie could soon join Henriquez on the list of exits from United this summer with Fenerbahce, who announced the signing Nani earlier today, as the club’s attacking options seem to lessen each day. James Wilson is also being linked with a loan move to Hull City.

Who knows, Javier Hernandez might have a future at Manchester United after all.