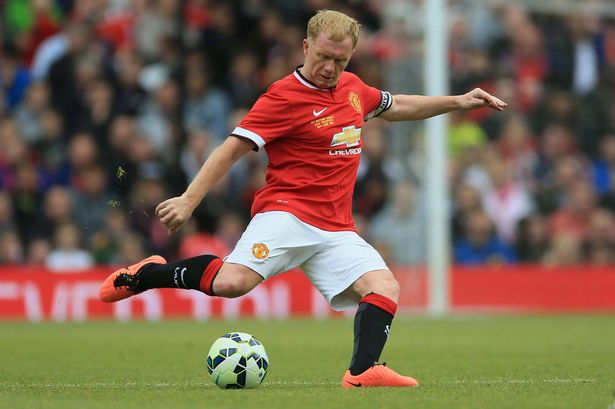 A Manchester United Legends side beat their Bayern Munich counterparts 4-2 at Old Trafford on Sunday afternoon, in aid of the Manchester United Foundation, with over 50,000 turning out to see the stars of the past lace up their boots for another time.

Many a fan will remember those who took to the field, with some boasting more successful careers than others, but where are they now?

Edwin Van Der Sar- The Dutch keeper was correctly identified as the eventual replacement for Peter Schmeichel, his place in United folklore guaranteed by that Anelka penalty save in Moscow in 2008. Edwin made 266 appearances between 2005 and 2011, winning 4 Premier Leagues, a League Cup, a Champions League and a Club World Cup. He is now a marketing director at Ajax in his homeland.

Raimond Van Der Gouw- The Dutchman’s opportunities were largely limited by the brilliance of a certain Danish keeper, but that is no slight on him. As such, Van Der Gouw only made 60 appearances over 5 years at United. He was still part of that historic Treble winning side, winning 2 Premier Leagues, a FA Cup and a Champions League. He is now goalkeeping coach at Dutch side Vitesse Arnhem.

Phil Neville- Part of the famous Class of ’92 graduates, Neville established himself as a trusty Premier League defender, but also as a utility man, one of Ferguson’s more dependable squad members. Neville gave United a decade of first-team service before transferring to David Moyes’ Everton. Neville made 386 appearances, scoring 8 times, winning 6 titles, 3 FA Cups, a Champions League and a Club World Cup. He would later work alongside Moyes for a season. He is currently on our screens as a BBC pundit.

Denis Irwin- Widely acclaimed as one of Ferguson’s best ever buys, Irwin was described by Ferguson as his archetypal ‘8 out of 10’ player. Irwin made a mammoth 529 appearances and was ever reliable from the penalty spot, notching 33 goals- no mean feat for a full-back. His trophy cabinet is just as impressive, winning 7 titles, 2 FA Cups, a Champions League, a League Cup, a European Cup winners cup, an Intercontinental Cup and a Club World Cup. He is working as an ambassador for the club.

Ronny Johnsen- A largely underrated member of that Treble winning side. A man who had his fair share of injury problems but another model of consistency in his 150 appearances (scoring 9 times). Johnsen won 4 titles, a FA Cup, a Champions League and an Intercontinental Cup. Johnsen is currently a pundit for TV2 in his homeland.

Jaap Stam- His name is still affectionately sung around Old Trafford, such was Stam’s popularity and the consensus that he was a player sold too soon for the good of the team. Stam was a Premier League champion in each season he played at United, his colossal performances a key part in the treble winning season. He made 127 appearances, scoring a solitary goal at Filbert Street. He won an Intercontinental Cup alongside those 3 titles, a FA Cup and Champions League. He is currently working for Ajax as Frank de Boer’s assistant.

Clayton Blackmore- Blackmore was well-known for his versatility in the United sides of the eighties, whilst being no stranger to the goal, notching an impressive 26 times in 245 games, largely at full-back. He won a Premier League, 2 FA Cups, a European Cup Winners Cup and a UEFA Super Cup. Blackmore now works in a coaching capacity.

Lee Martin- The Mancunian is largely remembered for THAT goal that kickstarted the Ferguson trophy haul at Old Trafford. He made 109 appearances, scoring twice (including that famous winner against Crystal Palace). Martin now works on MUTV as a pundit.

Mikael Silvestre- Silvestre’s power and pace at left-back helped fill the void left by stalwart Denis Irwin. Silvestre gave 9 years of excellent service before a controversial transfer to Arsenal. Silvestre made 361 appearances, scoring 10 times, including a popular brace against Liverpool. He won 5 titles, a FA Cup, a League Cup, a Champions League and an Intercontinental Cup. He has only recently retired after a spell in the Indian Super League.

Karel Poborsky- Poborsky’s arrival, after an impressive Euro 96, unfortunately for him coincided with the emergence of a certain David Beckham. His pace and directness entertained United fans for he two years he was at Old Trafford. He made 48 appearances, scoring 6 times. Poborsky won a solitary Premier League title. Poborsky had been working as a technical director of the Czech national team.

Ji-Sung Park- The Korean endeared himself to the United faithful for his indefatigable style of play, particularly in the bigger games. His industry was christened as ‘three lung’ Park, as he made himself into one of Ferguson’s go-to players when the pressure was on. Park had a knack of finding the net when it mattered too, scoring 27 times in 205 appearances. He won 4 titles, 3 League Cups, a Champions League and an Intercontinental Cup. He was appointed as a club ambassador last season.

Ben Thornley- Despite glowing reputations from inside the club, Thornley’s time at United was dogged by serious injury, mustering only 14 appearances in 4 years. He now works as a co-commentator on MUTV’s match-day radio service.

Jesper Blomqvist- A winger who seldom got the praise he deserved, a Treble winner who often goes under the radar in terms of his contributions. His scorching pace was a large factor in much of United’s success in 1999, even if he was limited to only 38 games over 3 seasons, scoring just once. Blomqvist is now living a career in commerce.

Russell Beardsmore- Beardsmore was another graduate from the United academy but never went on to have any sustained success due to the vast competition for places. He made 73 appearances between 1988 and 1993, scoring 4 times. Beardsmore works for former club Bournemouth as a Community Sports officer.

Quinton Fortune- The South African born winger proved to be a valuable squad member as United entered the new millennium. Another whose game was based on industry and endeavour, he offered reliability and an eye for goal with his left foot. He made 126 appearances, scoring 11 times and winning three Premier League titles. Fortune now works as a pundit for MUTV and an ambassador for the Manchester United Foundation.

Paul Scholes- Arguably the greatest Premier League midfielder and certainly, within Old Trafford, many of his former team-mates hail Scholesy as the best they have played with. Watching Scholes was an education worth the admission fee and some will point to the fact he has not lost it. Scholes made an incredible 718 appearances, scoring 155 times. His trophy cabinet is the envy of many- 11 titles, 3 FA Cups, 2 League Cups, a Champions League, an Intercontinental Cup and a Super Cup. Scholes is currently a pundit for ITV and columnist for the Daily Mail.

Louis Saha- The Frenchman enjoyed success against United and Sir Alex Ferguson could not turn him down in 2004. Sadly, the striker was blighted with a series of injuries, as such, we never really saw what Saha was all about on a regular basis. Despite the unfulfilled potential, his rate of 42 goals in 124 appearances can not be knocked. Saha won two titles, a League Cup and Champions League. Saha has started his own business Axis Stars.

Andy Cole- Cole established himself as one of the Premier League’s deadliest strikers. His partnership with Dwight Yorke in 1999 was largely considered one of United’s best striking combinations of the modern era. He more than justified the then British transfer record fee paid to Newcastle by scoring 121 goals in 275 appearances. Cole won 5 titles, 2 FA Cups, a Champions League and an Intercontinental Cup. Cole currently works as an ambassador for the club.

Dion Dublin- Dublin’s time at United was curtailed by injury, only able to play 17 times in 2 seasons, scoring 3 goals. He did go on to be a prolific striker at Premier League level, but this was not seen in a United shirt. Dublin won a Premier League title whilst at United. He has done his fair share of punditry work and now presents Homes Under The Hammer on BBC One.

Andy Ritchie- Ritchie ultimately could not compete with competition from Joe Jordan and Garry Birtles, whose arrival from Nottingham Forest provided a fanfare that was hard to dislodge. Ritchie scored 13 times in 42 games, and now works for MUTV.

Dwight Yorke- The ‘Smiling Assassin’ was pinpointed as the missing ingredient ahead of the 98-99 campaign, so his immediate return on the fee paid for his services took him to many a fan’s heart. Yorke brought out the best in Andy Cole and vice versa as their flourishing partnership in making history endeared himself in United history. Yorke led the goals and assists tally in that unforgettable season, United certainly got value for money. Yorke scored 66 goals in 152 appearances, winning 3 titles, a FA Cup, a Champions League and an Intercontinental Cup. Yorke can be seen on Sky Sports as a pundit.

One response to “Manchester United Legends – Where are they now?”