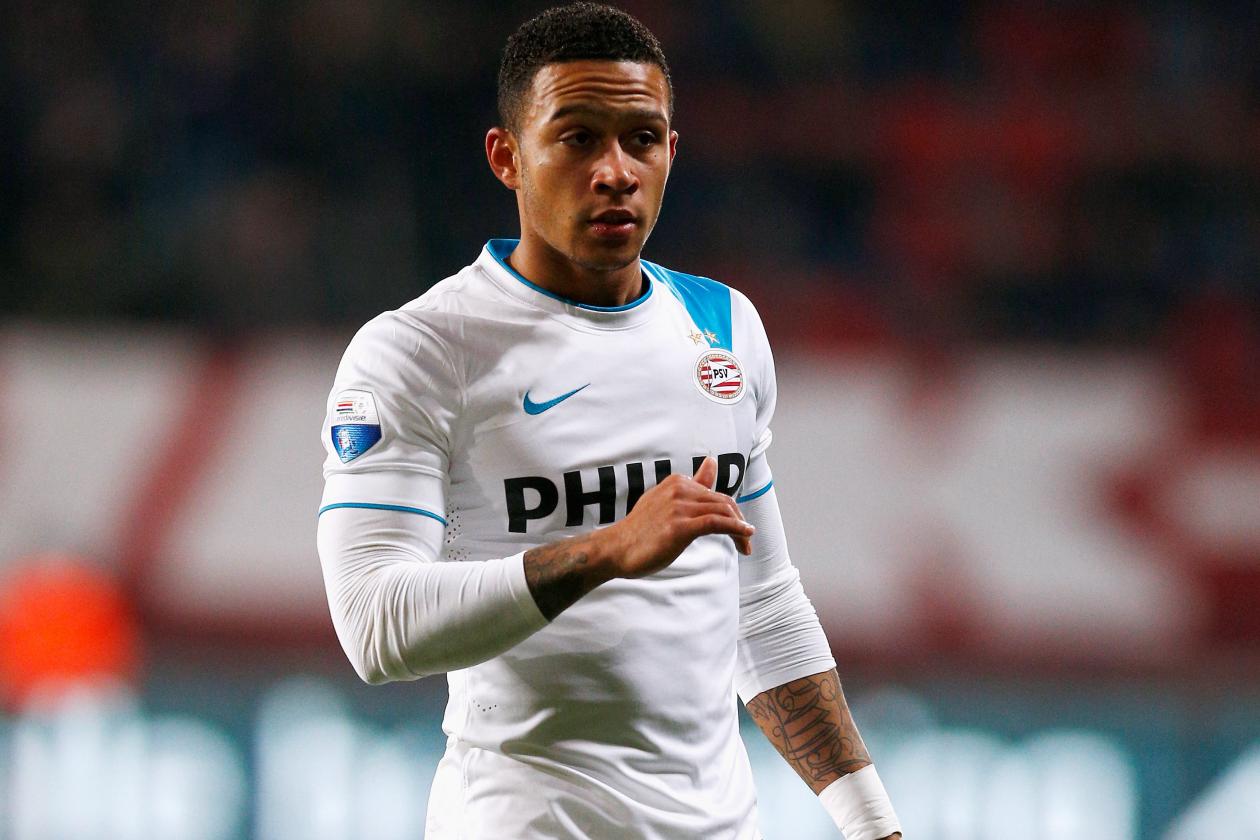 Manchester United have finally announced that Memphis Depay has completed his transfer from PSV Eindhoven. The Netherlands winger joins on a four-year contract with the option to extend for a further year.

Depay made 124 senior appearances and scored 50 times for PSV Eindhoven after coming through the club’s youth system, making his first-team debut in September 2011.

The 21-year-old was the Eredivisie’s top scorer this season with 22 goals in 30 games.

The young winger is expected to start tonight for the Netherlands along with Daley Blind and Robin van Persie against Latvia.

“This is a dream come true for me; to play for the biggest club in the world and also to have the chance to work with someone who I believe is the best manager in the world, Louis van Gaal.

“I have great belief in my ability and I work hard to strive to achieve my dreams.

“I have been at PSV Eindhoven since I was 12 years old and I would like to thank them for everything. It was a great moment when we won the league and I was so happy to be part of that. This is now a new chapter in my life and one that I am looking forward to.”

“I know Memphis well from our time working together in the Netherlands national team. He is a young versatile player who has the ability to play in a number of different positions.

“It will take time for Memphis to get used to the rhythm of the Premier League but I have no doubt that he has the potential to become a great footballer for this club and he is at the right club to continue the good work he has done so far.”