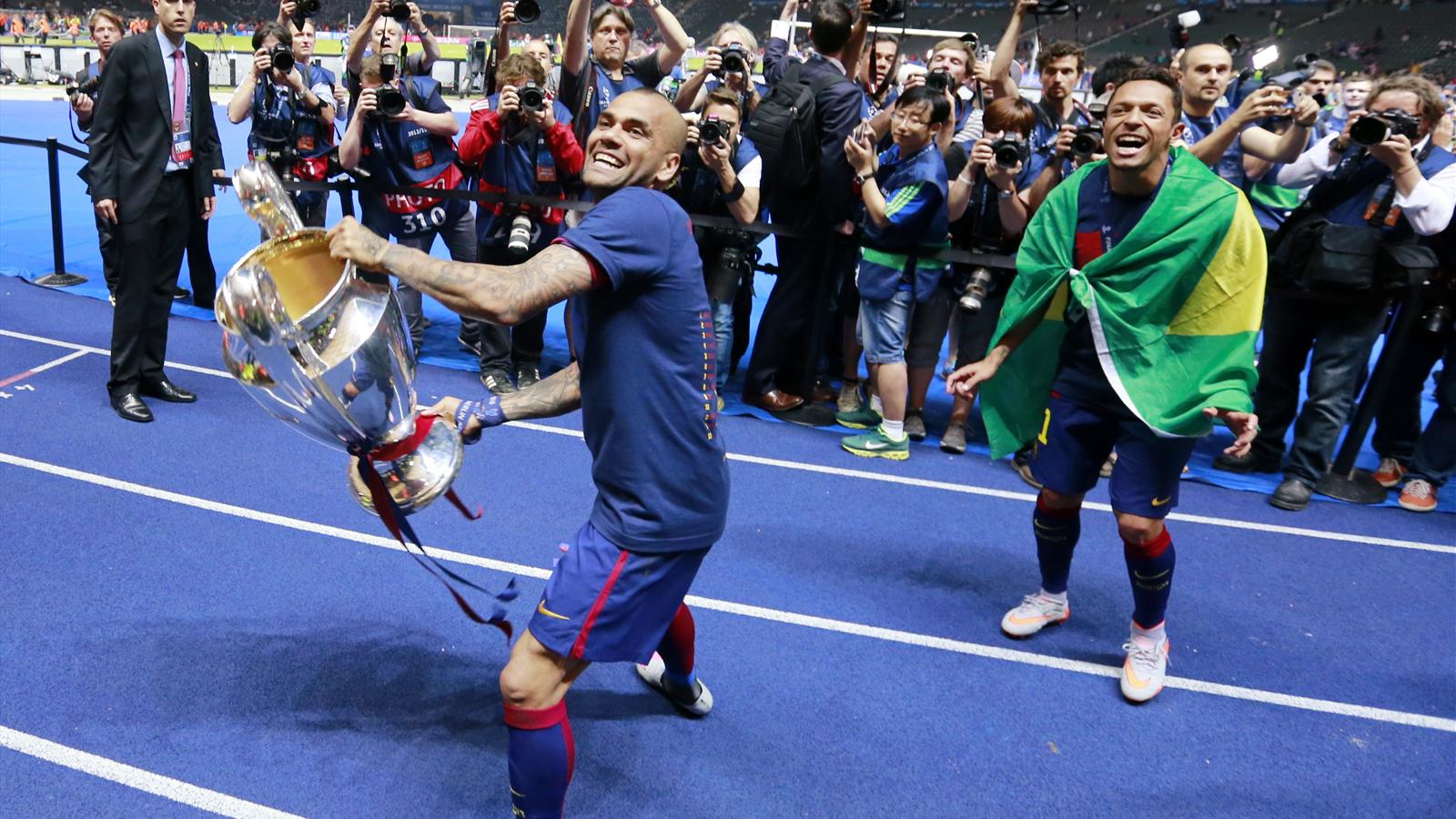 Manchester United target Dani Alves is wanted by a number of clubs, but according to his agent Dinorah Santana AC Milan are the only team to make a concrete offer so far.

Alves becomes a free transfer at the end of the month and is reportedly happy to wait until the right offer comes his way.

After winning the Champions League with Barcelona on Saturday night it has become increasingly clear that the Brazilian right-back will be on his way out of Camp Nou this summer. The Catalan club today announced the signing of Aleix Vidal – as per the Guardian – who is seen as a replacement for Alves.

Talking to Italian media outlet Tuttomercatoweb, Santana confirmed that although there is an offer to join Milan, a number of unnamed clubs have also expressed an interest in signing his client.

“Yes, I can confirm that there have been contacts with Milan. But now we have to wait, I have to talk directly with Dani and evaluate what will be.

“There’s not only Milan on him, there are other requests that I do not want to reveal. I can only add that I just have to wait and see how things evolve.”

Do you think Dani Alves would be a good signing for Manchester United?