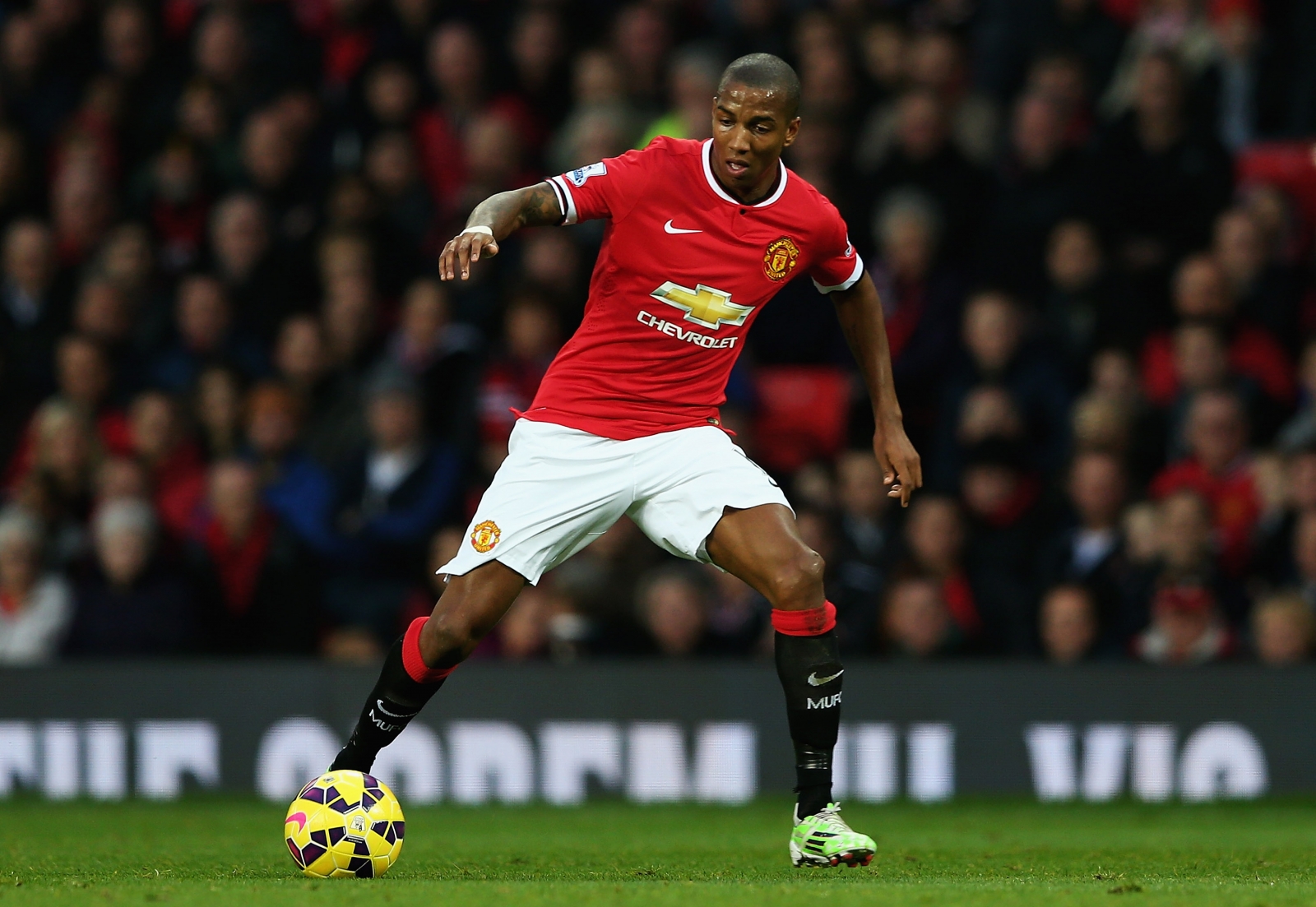 1. The improvement on last season has not been quite as big as first expected

A fourth place finish is seen as a triumph for Louis van Gaal’s Manchester United. He was recently described as one of the ‘winners’ of the season by Stan Collymore. But just cast your mind back to September 2nd for a second. A place outside of the three automatic spots for the Champions League would’ve been seen as the absolute bare minimum expected of a side that had just spent in excess of £150m and, in the process, smashed the British transfer record and signed the best number 9 in the world over the last three years.

A poor start and poor end has ultimately cost United the chance to avoid a two leg play off in August to determine whether the club will actually reach the lucrative group stages of Europe’s premier competition. Finishing fourth would’ve been more than acceptable had United enjoyed success in cup competitions. But suffering a thrashing at the hands of a third tier side pre-occupied with promotion and a home defeat to a club that had failed to win at Old Trafford in nearly nine years is far from the kind of performance expected of the biggest club in the land.

Of course, it is very difficult to blame Van Gaal for every single disappointment this season. When it is universally agreed that your goalkeeper is your best player, it’s hard not to have sympathy with the Dutchman. David de Gea has been little more than consistent over the entire season (it’s hard to ask much more of a goalkeeper) but has once again won Player of the Year by default. If the standard of footballer in the squad he inherited is so poor then the questions asked of Van Gaal will have to be measured in that context. He may have had a season that has done little to excite United fans, but the 63 year old has achieved the goal that he set out for at the beginning of the season, regardless of its mediocre nature.

2. Outcasts have found a new lease of life

The turnaround in the fortunes of Marouane Fellaini, Chris Smalling and Ashley Young is extraordinary.

I wrote briefly last month about Fellaini and the incredible contrast between the reaction he provoked from the Old Trafford crowd in pre-season and the one he was receiving as United smashed City on their way through a very good run of form. He had gone from outcast to hero in the space of eight months and yet it wasn’t even the most impressive improvement within the United squad.

Young was a contender as he went from being an almost certainty to join a mid-table side on loan or for a seven figure fee to one of the figureheads of the side that went on a winning run during March and April.

As spectacular as these two have been, the real zero to hero story belongs to Smalling. His sending off at the Etihad back in November was a moment of real brainlessness and he was rightly vilified after the game as having cost United a match in which they had performed very well. Since then though he has been United’s most consistent defender and has even been rewarded with a new and improved contract that is being widely regarded as fully deserved. He has looked as equally strong in the air as he has looked adept on the ground and has even shown an improvement in carrying the ball forward to start attacks. It’s a surprising turnaround for a player who has been presumed surplus to requirements on numerous occasions in his Manchester United career and it is a welcome tonic to the club’s well publicised defensive problems.

3. Significant transfer activity is needed in the summer

The deficiencies in the squad are evident and have become even more obvious as the season has gone on and Louis van Gaal has experimented with his side. Working our way down from the back, it is clear that the Dutchman will have a fight on his hands to keep David de Gea away from the clutches of Real Madrid.

Should United be on the losing end of that tug of war then the club will need to invest relatively heavily in a replacement of equal quality. This will be difficult, but it is certainly not impossible.

At right-back, the manager clearly does not fancy Rafael da Silva to be the long term starter in that position and Antonio Valencia is certainly not of the requisite quality required to make the position his own. Nathaniel Clyne and Dani Alves have been mentioned and either would be an excellent acquisition for the club.

A centre-back is another necessity due to the increasing decline of Jonny Evans and Phil Jones’ persistence for staying at the level he has been at for three years. One more midfielder on the books would be great as a more long term partner is needed for Ander Herrera in the centre of the park. The trouble is in the front three positions though. We will look at that particular problem in a little more depth later but a player capable of scoring 20 plus goals a season and can consistently drag a team back into a game in which they are struggling would be a very welcome signing. Whilst a lot of the groundwork was done on the squad last summer, it is this time around that we should see a real step up in quality of signings.

4. A proper midfield has finally been shaped

After a huge amount of experimentation towards the start of the season, Van Gaal finally found a midfield that worked for him by the second half of the season. Michael Carrick and Daley Blind alternated the taking up of the holding midfield role and kept the side ticking over with the kind of methodical sideways passing that would make Xavi blush.

Marouane Fellaini provided the side with a bit of muscle and an outlet when things weren’t quite going to plan. But it was Herrera who really stood out in the centre of the pitch for the Reds. Technically a Van Gaal signing, David Moyes’ failed pursuit of the Spaniard was widely publicised but the Scotsman should be given props for presumably pinpointing the 25 year old as the missing link in a United side devoid of midfield guile.

Herrera was excellent at times over the season and, for a Premier League debutant, it could be said he should have received the Player of the Year award head of his compatriot in nets. Along with an extremely impressive goalscoring record and a knack for scoring the spectacular, his performance at Anfield was arguably the performance of the season by a United player. He was the first midfielder to truly take the game to Liverpool on their own patch since the days of Keane and Scholes and, on such a big occasion, it was testament to the young man’s character. His refusal to be bullied by Steven Gerrard after his introduction at half time played a huge role in the Liverpudlian’s sending off. Gerrard was ready for a United midfield that he could walk all over, much like in many of his previous experiences, but Herrera would not be cowed. It was the kind of performance that would endear the man to the United faithful for years to come.

5. Strength in attack was the problem for once

Last summer there was talk of how much investment the defence would need if it were to be possible to get back into title contention. I maintained that it was in fact the frontline that needed new blood and, whilst it got it in Angel di Maria and Radamel Falcao, even the most ardent fan of the South Americans would find it tough to argue that their signings have been a success.

It’s not just the new signings who failed to impress though. Whilst Wayne Rooney was consistent, if not spectacular, Robin van Persie struggled hugely to adapt to the new regime. This was despite the fact that he had worked closely with Van Gaal at international level for the previous two years.

I mentioned the decline of Jonny Evans previously and it is arguable that Van Persie has suffered an even more drastic decline of his abilities. The hunger that he showed in his first season at the club has been replaced with lethargy and his goalscoring touch seems to have all but completely deserted him. The fact that a player of the limited abilities of Ashley Young has managed to prove himself as the best United have had to offer going forward this season is damning of the club’s lack of quality in the final third.

It is inarguable that not since the days of Ronaldo, peak Rooney and Tevez have a United front three really excited the Old Trafford crowd on a fortnightly basis and it may be that Van Gaal’s attention will shift to addressing the aging frontline. The signing of Memphis Depay would certainly suggest he is on the right track with that.