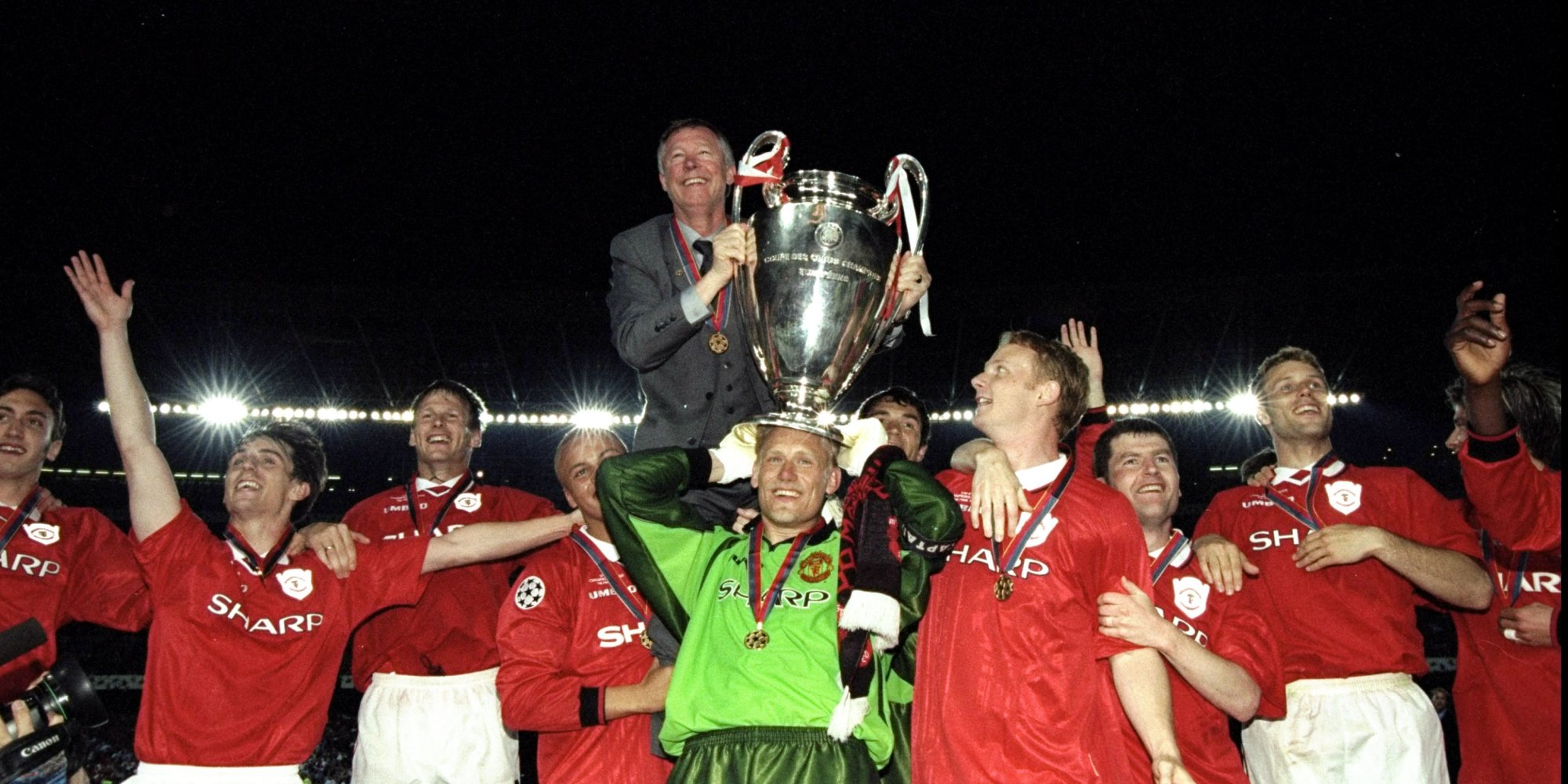 On this day 16-years-ago, Manchester United beating Bayern Munich with two goals in injury time before claiming the Treble.

Bayern scored first after Ronny Johnsen fouled Bayern striker Carsten Jancker just outside the penalty area. Mario Basler took the free-kick, which ended up in the left corner of the net, giving Bayern a 1-0 lead in the 6th minute.

Despite an advantage in possession, Manchester United were unable to penetrate the German side’s defence. That sounds a bit like a sentence you would have read on here throughout the most recent season, under Louis van Gaal, apart from the European opposition of course.

In the 67th minute Sir Alex Ferguson brought Teddy Sheringham on for Jesper Blomqvist. United were still 1-0 down after 81 minutes of player, so the manager looked to his bench against and brought Ole Gunnar Solskjær on in place of Andy Cole.

Before we knew it the fourth official indicated that there would be three minutes of injury time. A goal would have cured some of the nerves with extra-time awaiting.

As Sheringham scored the equalizer in the 91st minute, 30 seconds later United earned a corner. Peter Schmeichel, who had gone up for the initial corner in added time attempted to do so again, but was told by Ferguson to get back into his goal. The manager was understandably unwilling to let this opportunity slip.

The next corner, taken by midfielder David Beckham, swerved into Sheringham, who headed it down to the feet of Solskjær. The Norwegian then prodded the ball into the top of the net, giving United their first lead in the 92nd minute. The German side were stunned and United held on for the 2-1 win.

Manchester United were champions of Europe and the triumph sealed the Treble season perfectly.