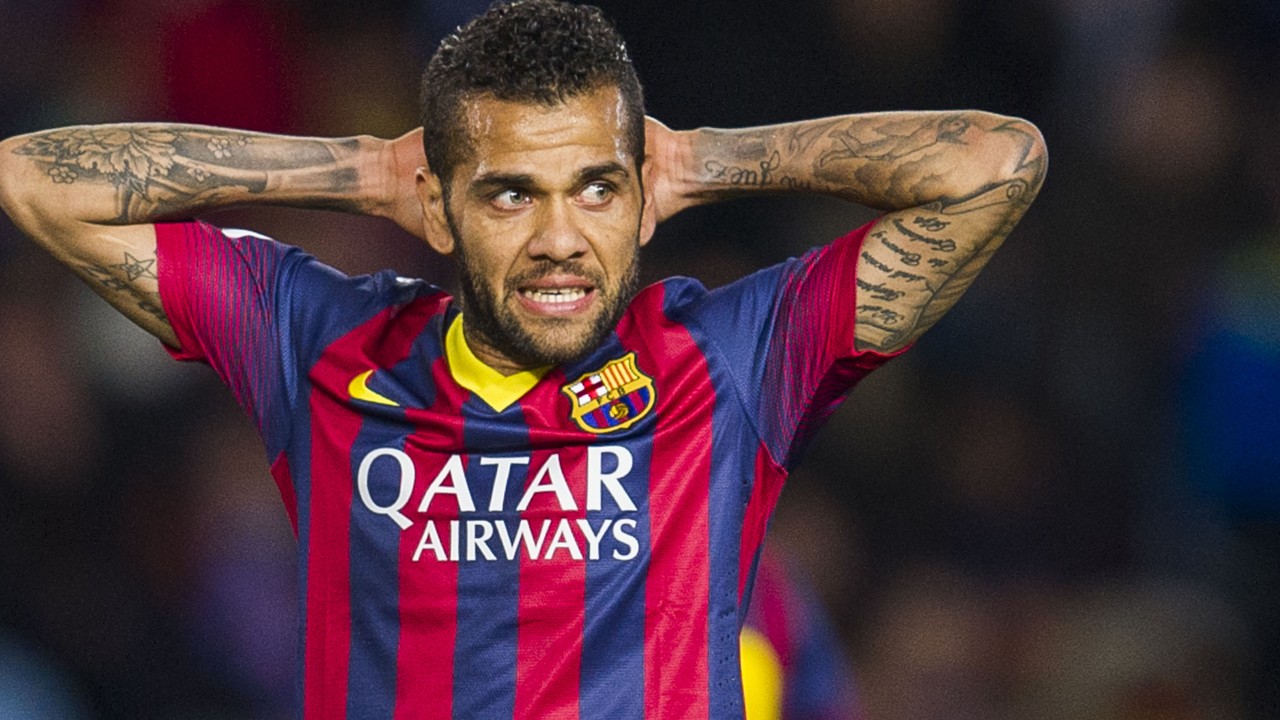 Dani Alves has criticised the Liga club for not respecting him and says president Josep Maria Bartomeu knows what it will take to keep him at Camp Nou.

The Brazilian right back has strongly hinted at leaving Barcelona this summer by saying he has “both feet and a head” out the door after months of speculation.

Manchester United and PSG have already shown interest in the 32-year-old, who sees his current contract run out next month.

“I have endured a lot this year, listening to a lot of bullshit,” Alves told reporters.

“So I have to speak out because I have been disrespected and have a limit.

“They say that I am chasing money. But I’m not thinking about money, I’m thinking about what I do being valued. If they don’t value what I do, then this club is not for me. The club doesn’t value me the way I feel I deserve.

“The president knows what he has to do to keep me. At the moment, I have both feet and my head outside the club, but I am committed to the team.”

Alves will announce whether he stays at Barcelona or not after the Champions League final against Serie A champions Juventus on June 6.

“The club have wanted to keep me since three or four months ago because my performances have improved. But I have spent seven seasons of my life here and have to find the right balance.

“Until June 7, I consider myself a Barcelona player and only think about the taste of being a European champion again. Hopefully we can make history with this club. After that, I will announce my decision.

“The coach is happy with my work, but the life of a professional is based on trust and if you do not have a complete trust with the club, things don’t go as expected.

“I have not spoken with Luis Enrique about my future. He has enough to deal with. My problem is mine. If it goes well or bad I will be responsible.

“I don’t want him or Lionel Messi to get involved.”

Do you want Dani Alves at Manchester United?