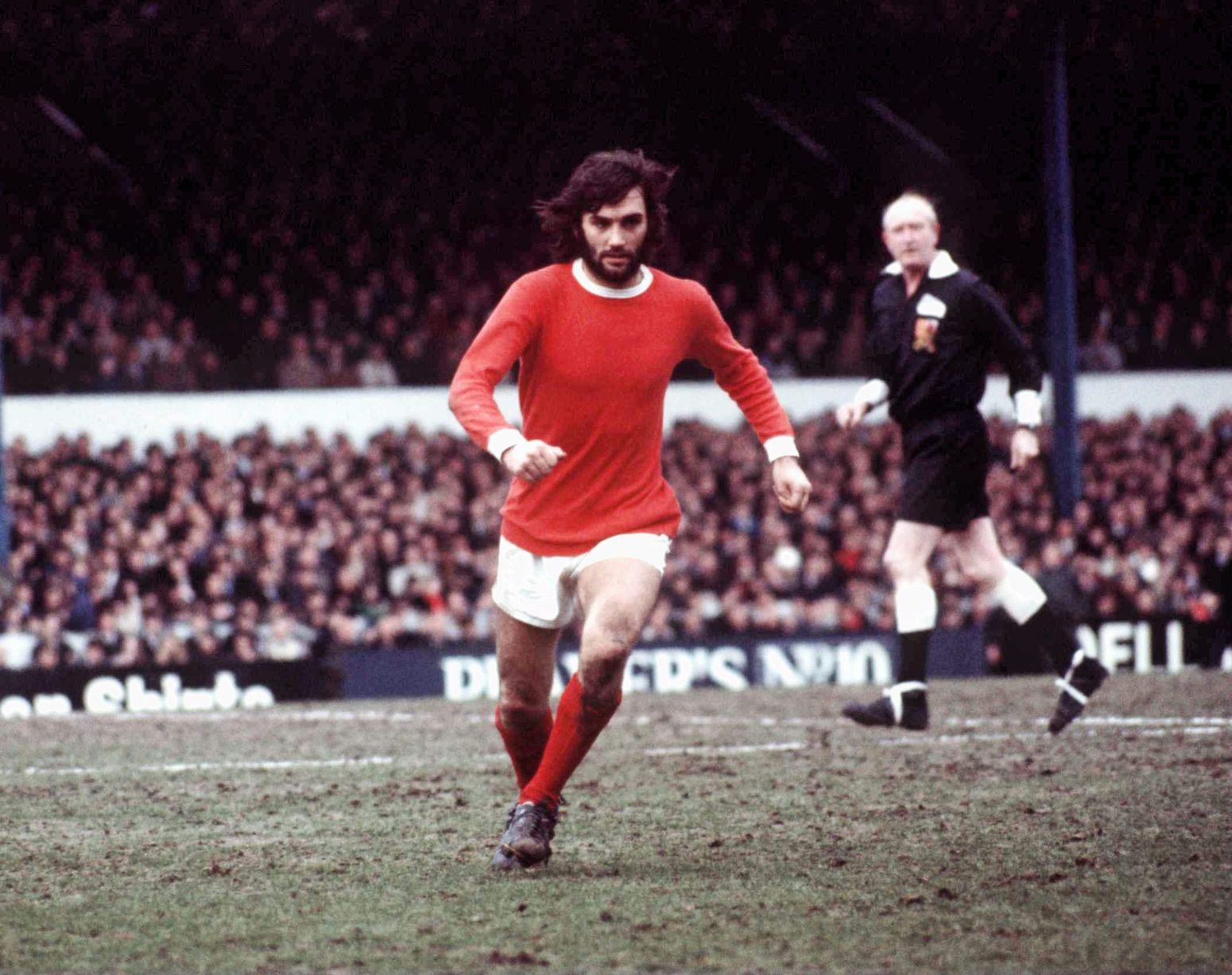 For the day that’s in it, here are 7 memorable George Best quotes to celebrate the Belfast Boy’s 69th birth anniversary.

Best combined pace, acceleration, balance, goalscoring and a Mrs. World or two. Last week at Old Trafford we heard a new chant being aired for the Manchester United legend. It goes as follows:

Going on up to the spirit in the sky,
That’s where I’m gonna go when I die.
When I die and they lay me to rest,
I’m gonna go on the piss with Georgie Best!

1) In response to Pele’s comments.

“I’d give all the Champagne I’ve ever drunk to be playing alongside him in a big European match at Old Trafford.”

3) On Women, cars and money

“I spent a lot of money on booze, birds and fast cars. The rest I just squandered.”

4) On giving up women and booze.

5) On scoring from 30-yards versus Liverpool or bedding Mrs. World.

“If you’d given me the choice of going out and beating four men and smashing a goal in from thirty yards against Liverpool or going to bed with Miss World, it would have been a difficult choice. Luckily, I had both.”

“There have been a few players described as the new George Best over the years, but this is the first time it’s been a compliment to me.”

7) On ‘Battle of the Buffet’, which involved a then-unknown Arsenal player throwing pizza at Sir Alex Ferguson.

“That’s what children do – throw food. That’s not fighting. We were real men. We’d have chinned them.”