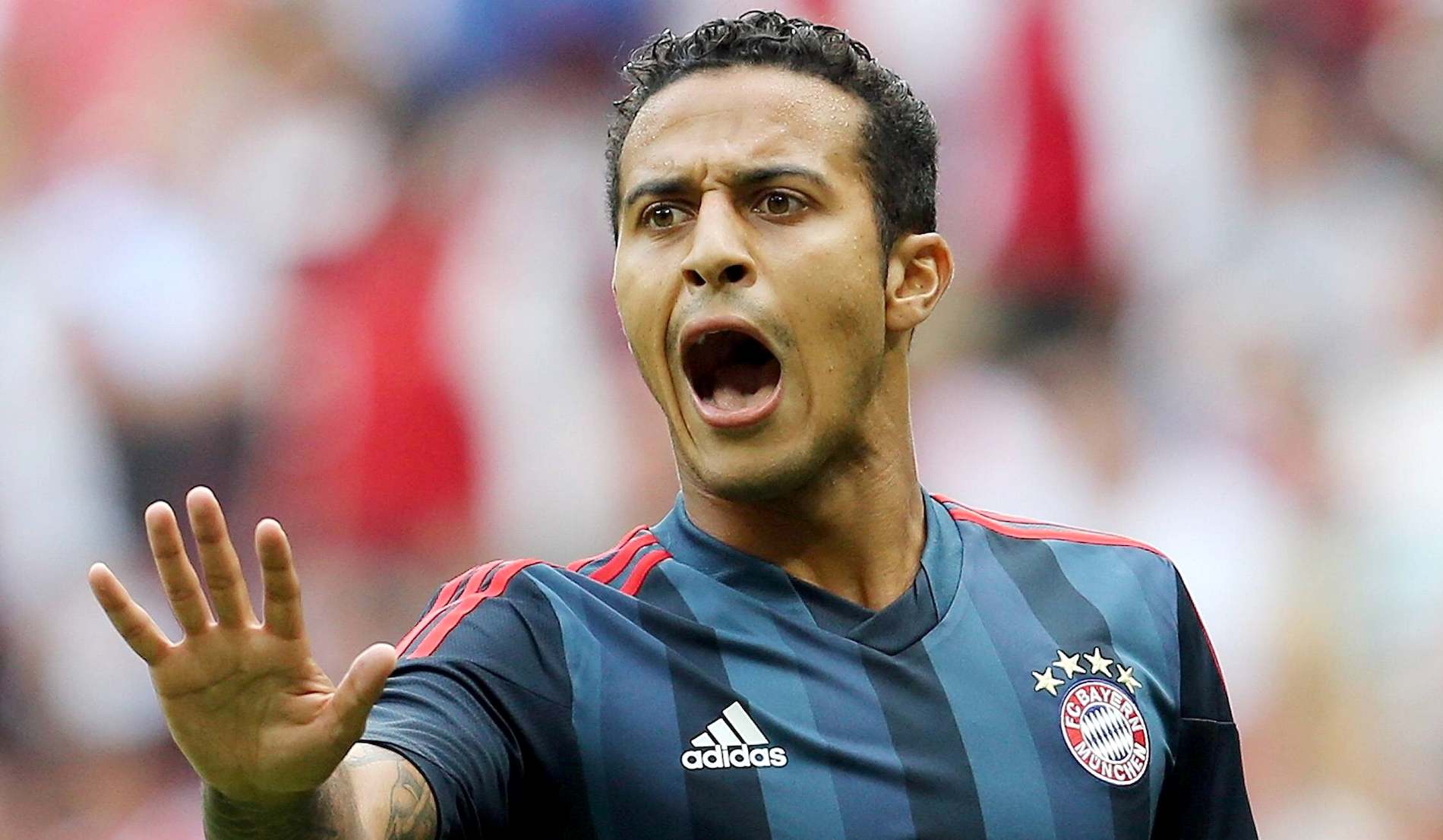 In a recent interview on the Guardian website, Sid Lowe speaks with Bayern Munich’s Thiago Alcantara about an array of topics. Facing his former club Barcelona in the Champions League semi-finals, having a World Cup winner as a father and turning down a move to Manchester United in 2013.

The Champions League semi-final tonight between Barcelona and Bayern Munich will be on many of our radars as keen neutrals later on as two European giants go head-t0-head. Both sides hoard possession but the tie will be come down to much more than that. As Miguel Delaney described it via ESPN, “It is about what is probably the best forward line in the world facing probably the best tactician in the world. It is an attack that can win almost any game against a manager who figures out how to win almost every game.”

To cut to the chase, Thiago Alcantara briefly opened up about why he choose Bayern Munich over Manchester United. Well, more like Pep Guardiola over David Moyes.

Asked if there was a genuine possibility of him joining United thats summer, Thiago responded: “Yes, but the real possibility was Bayern.” Because of Guardiola, Sid Lowe continued, hinting that if Pep stayed at Camp Nou, would he? “Yes, probably, but I can’t change the past and I prefer to focus on now. You learn something new every day with Pep, a magnificent coach who transmits real passion.”

Thiago does not seem to be one of those footballers that offer nothing but cliched answers in interviews. Instead, he offers insight and offers Lowe an interview worth reading.

“Football’s football. It’s a question of learning. And if football wasn’t like that, it would be boring. I was lucky, my dad played in many different places and I saw different styles. Wouldn’t it be dull if everyone played like the Spanish, or the English or the Argentinians? In Italy they’re incredibly competitive [and] defend so well; in England it’s more direct; in France, it’s physical…”

One response to “Why Thiago Alcantara decided against Manchester United move”