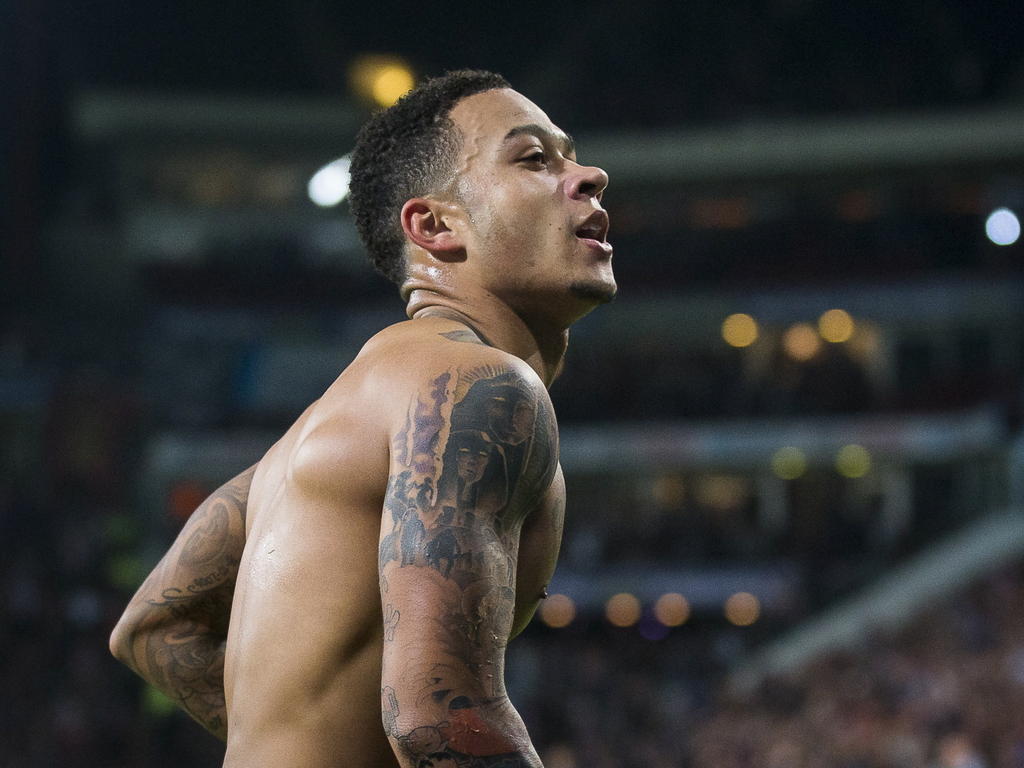 Memphis Depay. A name which suits this 21-year-old, because it has strength, grace and you just can’t forget him. And the media makes sure this won’t happen with their numerous articles around the wonderboy based on Facebook-likes and vague social media posts. After all, the odds are looking good for the United fans. Mainly because of his connection with fellow Dutchmen and ex-coach Louis van Gaal.

‘LvG’ worked with the right-footed left winger at the World Cup in Brazil, in which Memphis Depay became the youngest Dutch scorer ever (at a World Cup). However, Louis van Gaal only made inquiries over the player’s availability last summer but decided to keep track of his progress rather than make a move. After 21 goals in the Eredivisie and his rising star we could state that his was a costly decision by the United manager. According to numerous interviews Manchester United isn’t the only club doing their utmost to sign him. Rivals Liverpool and French side PSG are also keen on the pacey winger.

The bidding war – which will definitely follow this summer – is beneficial for two parties, of course Depay himself, but also his club PSV. The Dutch champions asking price lays around £25 million and they will receive this huge sum, because Memphis will be sold this summer without a doubt.

The self-titled ‘Dreamchaser’, which is tattooed on his chest, have been compared to Cristiano Ronaldo and he could one day live up to this standard. According to Ed van Steijn, the man who scouted Ronaldo for United, he is better than the Portuguese was at his age: “If I compare him to a young Cristiano Ronaldo at the time, then Depay has more strings to his bow. I like him better’. And his coach Cocu also adds on the pressure by comparing him with his colleague at the Dutch squad: ‘Whether he can be as good as Arjen Robben? I think so.”

But can he live up to these expectations? When it comes to football ability, you can never tell for sure at this age, but mentality-wise without a doubt. In this aspect of football he is right up there with Madrid star Cristiano Ronaldo. Constantly improving his technique and physique and being highly frustrated when it won’t go his way.

Memphis on the ball and beginning to to dribble is truly a heart raising event. His physical superiority doesn’t limit his technical abilities which is rare – akin to his eagerness. But those moments of magic are often replaced by losing possession, shooting from impossible corners and being too irritated. His consistency is something Depay needs to work on. In the Dutch competition it’s okay to have an off-day, but not on the level he sees himself playing at.

The semi-finals of a WC, single-handedly making PSV champions after this seven years with winning the competition and on his way to become top goal scorer in the same league. Depay is only 21 years old, but he has been extraordinary and magical in many games for the Netherlands and his club PSV. Who wouldn’t want a young mix between Arjen Robben and Cristiano Ronaldo for £25m?

This guest contribution was submitted by Martijn Hihorst (@MartijnHihorst), check out his Twitter for more analysis.