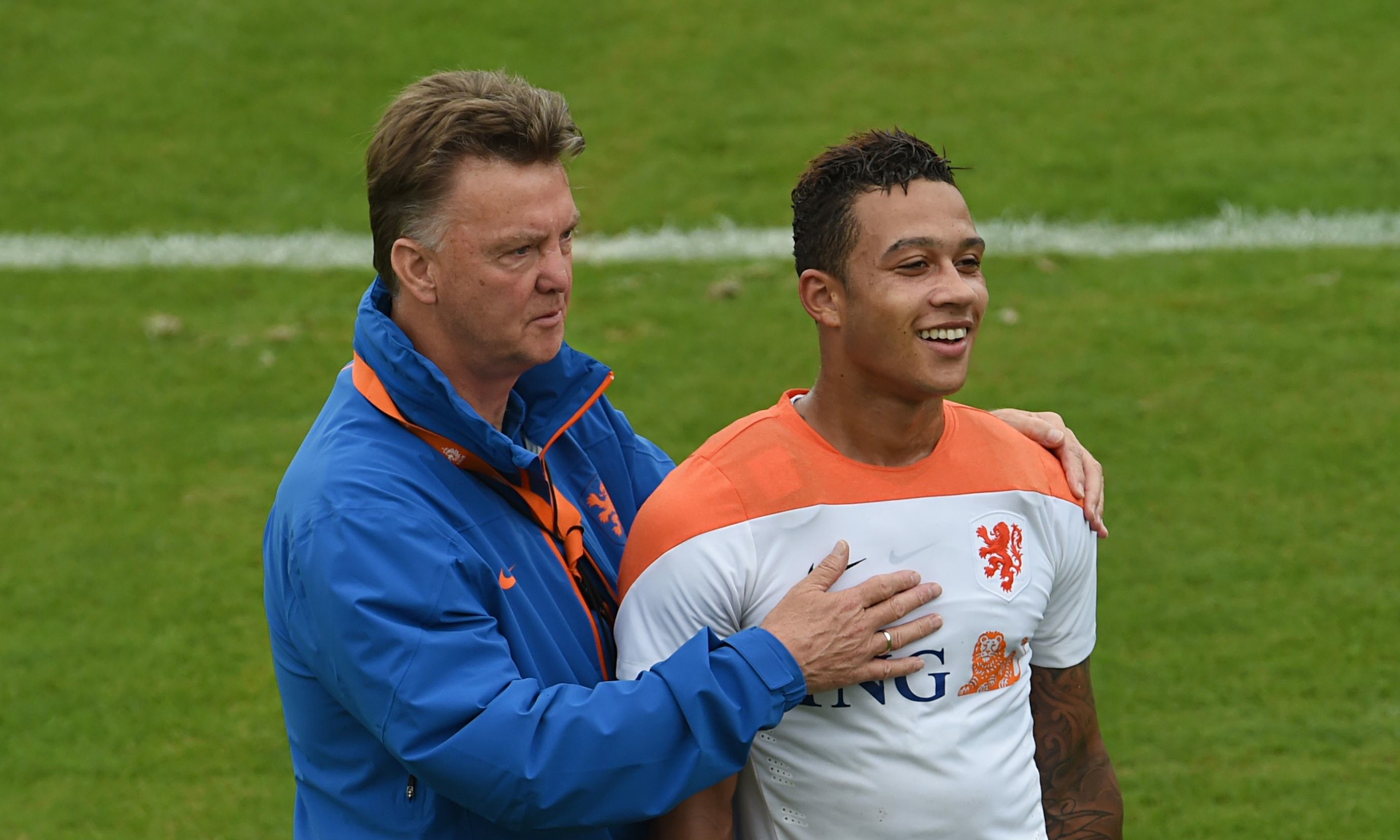 The future of highly talented Memphis Depay has become the daily fixation for Manchester United fans to almost saga-like proportions since interest in the Dutchman was first mooted as early as January. The winger-cum-striker has turned heads this season, building on his promising displays under Van Gaal at the World Cup by scoring an impressive twenty-one goals in the Eredivisie, two more than PSV team-mate Luuk De Jong at the time of writing.

At a mere 21 years of age, he appears to have the world at his feet and a lucrative move in the pipeline- with his manager Phillip Cocu all but admitting defeat in any attempt to keep Depay in his homeland. His contributions have propelled PSV back to the top of the Dutch game, ending a seven year league title hoodoo.

Stretty News asked its readers for questions to put to Dutch journalist Elko Born, to give us an expert’s view into United’s summer target and discuss the likelihood of Depay becoming Van Gaal’s second Dutch signing, after Daley Blind last summer.

How good is Depay now and how far can he go? His manager Phillip Cocu has branded him the next Robben. That is high praise.

Depay played a huge role in PSV’s successful Eredivisie campaign this year. He’s only 21, but it’s safe to say he’s one of the league’s most valuable players, probably even player of the year. At the World Cup, where he scored two goals, we saw that he can handle a higher level as well.

In terms of the Premier League, he should be regarded as a ‘talent’, and not as an arrived player. Whether he’ll truly make it at the highest level is difficult to predict. But it’s clear he’s the biggest talent to emerge from the Netherlands in the past few years, and if any Eredivisie player can do it, it will be him.

Given Van Gaal is intent on using a 4-3-3 system by all accounts, can he play as a lone striker or is he more effective in the wide areas? Where can you see him playing if United sign him?

Depay certainly can play as a lone striker, but that’s not his best position, and it won’t be where his future lies. Should he sign for United, Van Gaal will certainly use him as a left winger. Not only does he need space to make his runs, he also needs a central striker to combine with.

If Van Gaal secures Depay, would he feature in the first team immediately or would he be a buy for the future?

Although he could possibly make an impact in his first season, Depay should definitely be seen as a buy for the future. In the Premier League young players are often placed under immense pressure, and that’s not always good for their development. Because of this, I would advise fans of his future club to take it easy. Depay is a talented player, but needs more experience.

Has Depay set his heart on a reunion with his supposed ‘second father’ or are there serious rivals for his signature?There are various contenders for his signature. The Van Gaal factor will most certainly play a big role in his decision making process, but so will a myriad of other factors: Potential playing time, salary, club culture, prospects for the future: all these things will be on his mind.

All signs point towards United being willing to meet PSV’s asking price. What sort of fee will command? £25m has been touted, would that be a fair deal for both parties?

PSV have publicly stated they want more than 30 million Euros, so a fee of £25m- £30m seems likely. What are Depay’s best attributes? We only saw glimpses at the World Cup, but it appears he has the eye for a spectacular free-kick and knows where the back of the net is. His goal return given his age is outstanding.

Free-kicks are one of his specialties because he has an amazing shot. This comes in handy when he cuts inside from the right flank. In this regard, the comparisons to Robben are really justified. What’s impressive as well is that Depay has become so strong yet so quick.

In a word, where will Depay be playing his football next season?

It’s honestly too early to tell. The player is taking some time to carefully consider his future, and we should not blame him for that.

Stretty News would like to thank first its readers for helping contribute to this piece and, of course, to Elko for kindly taking the time to give us all an insightful and enjoyable interview.

If you want to read more of Elko’s thoughts, you can find him on Twitter here.