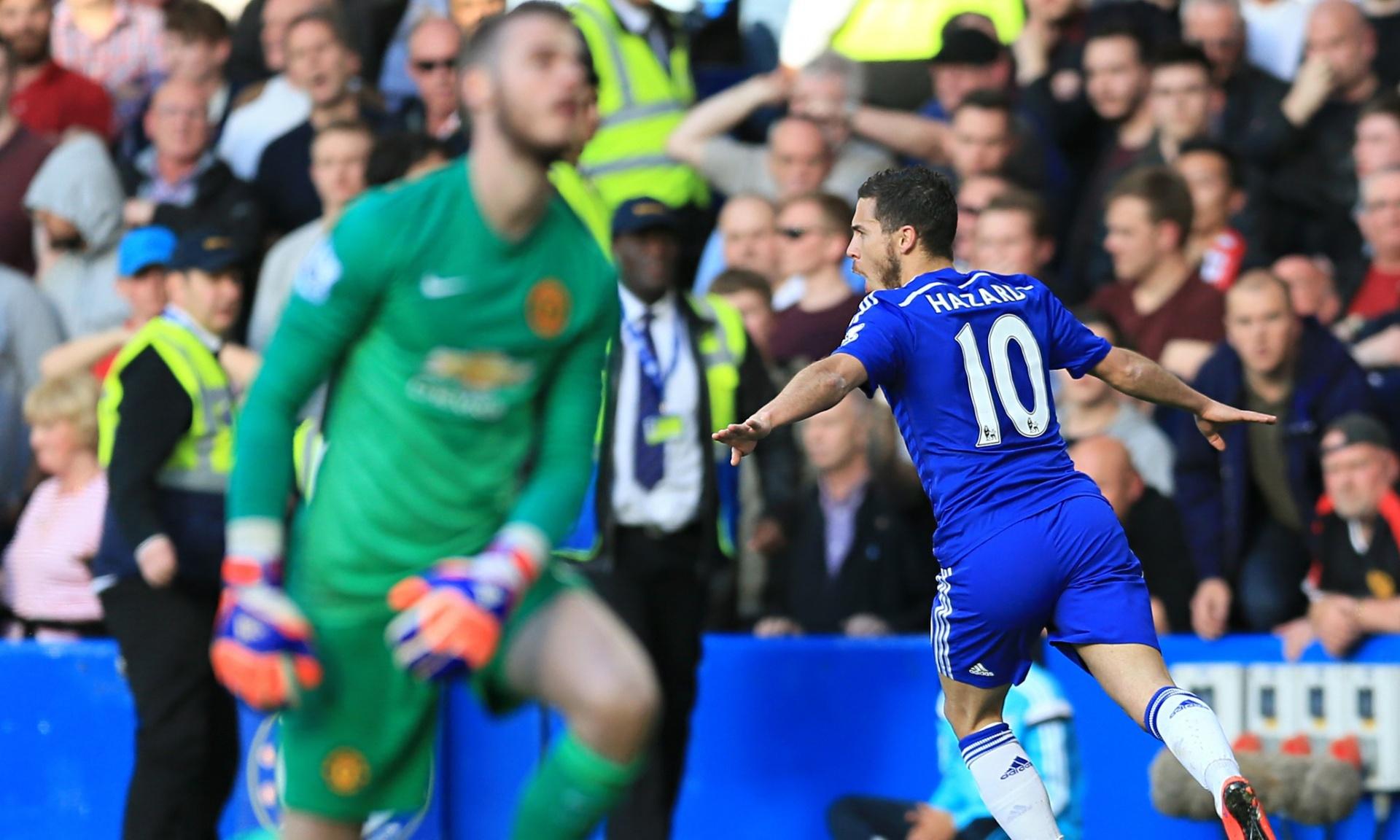 Under normal circumstances, witnessing a United side narrowly lose to a Jose Mourinho team would leave your cat and grandma in grave danger of getting a good kicking. Although that may still have occurred in some households, the overall feelings coming away from Stamford Bridge were of pride and optimism.

As expected, there was a Mourinho drool fest from Fleet Street: That he set his side up to nullify the threat from United and a tactical lesson was dished out. However, Chelsea were dominated for large periods by a United side missing four certainties to start. That Chelsea started with Kurt Zouma to meet fire with fire against the red hot Marouane Fellaini was a huge compliment to our recent scintillating form. We are back to giving teams reasons to be fearful. That is some turnaround from twelve months ago.

20th April 2014- A year to the day exactly, Manchester United produced one of their more abject displays in recent history: David Moyes had the distinct hangdog look of a condemned man as his players downed tools in an abysmal 2-0 away defeat at his old club Everton. There is going out with a whimper and then there was that… it proved to be the final straw.

To paraphrase Dinah Washington’s classic hit, ‘what a difference a year makes’.

The ashes of Moyes’ reign have long been burned, gone are the days of spineless surrendering against the other title juggernauts. The red flag has been restored to its rightful place, flying high instead of the rotten white one that reared its ugly face on an all too frequent basis during the Scot’s tenure. We have matched the heavyweights punch for punch and our record in the big games this season is now only matched by Mourinho.

Van Gaal has addressed our main Achilles heel from last season, the powderpuff manner of Chelsea, Liverpool and city sweeping us aside has been superseded by a piecemeal restoration of the aura that put Ferguson’s all-dominating sides in a league of their own.

That Mourinho turned to anti-football to win a football match highlights the progress we have made under Van Gaal. The 1-0 scoreline was apt in the sense that we are not THAT far off where we need to be to challenge for the title again. Much like Chelsea last season, they fell short but pinpointed where they needed to bolster their squad to go to the next level. The prevailing assumption that United require another overhaul is looking more and more hyperbolic with every passing game. With the players continually adhering to the desired style of play, we are only two or three stellar signings away from giving the title a good go next season.

As soon as the bitterly demoralising team news filtered through on Friday afternoon- particularly steady Eddie’s Michael Carrick and Daley Blind absent through injury, you got the sense that the optimism built from such a comprehensive dispatching of city was sapped somewhat, making the trip to Stamford Bridge a more onerous task than usual. Those two have been linchpins in our recent upsurge and momentum, and we felt Carrick’s absence in particular- our most potent striker Rooney had to revert to the deep midfield role, his place was taken by the increasingly forlorn Falcao- we lost something before a ball was kicked.

That said, two replacements who were bereft of regular game time really did come of age and belied their fledgling statuses as players learning the game. The displays of Paddy McNair and Luke Shaw were undoubted positives. McNair, one shaky showing at Southampton aside, has excelled in every match he has donned the red shirt. He has acquitted himself admirably against powerhouses Romelu Lukaku and Didier Drogba, and showed no sign of nerves that could riddle a youngster in such an occasion, fearlessly and confidently striding out of the back, distributing well and even testing his luck on a couple of occasions. If United, as expected, purchase an established centre-back in the summer, their nous and expertise will only have a positive effect on McNair’s continued development.

Luke Shaw certainly had a point to prove against his boyhood club amid his self-admitted underwhelming mid-term grading. This was by far Shaw’s best outing in a United shirt- for all the fitness issues that have dogged his progression, he looked sharp and was arguably our best attacking outlet in the second half. We lost a bit of edge and impetus with his withdrawal, but the way he dovetailed with Young, breezed down the left side with intensity and got into dangerous positions will ensure that it will not be a cakewalk for Daley Blind to regain his place at full-back.

The defeat should not have a lasting detrimental bearing on the run-in, we are still very handily placed to secure Champions League football and the encouraging display against the champions elect will send us to Goodison Park with plenty more positives than our visit around this time last year.

Despite not troubling the scorers and losing the game, the overall performance sent a few shots across the bows with next season in mind, when this will hopefully be a title contesting fixture.

After all, it isn’t easy to get through a parked bus.