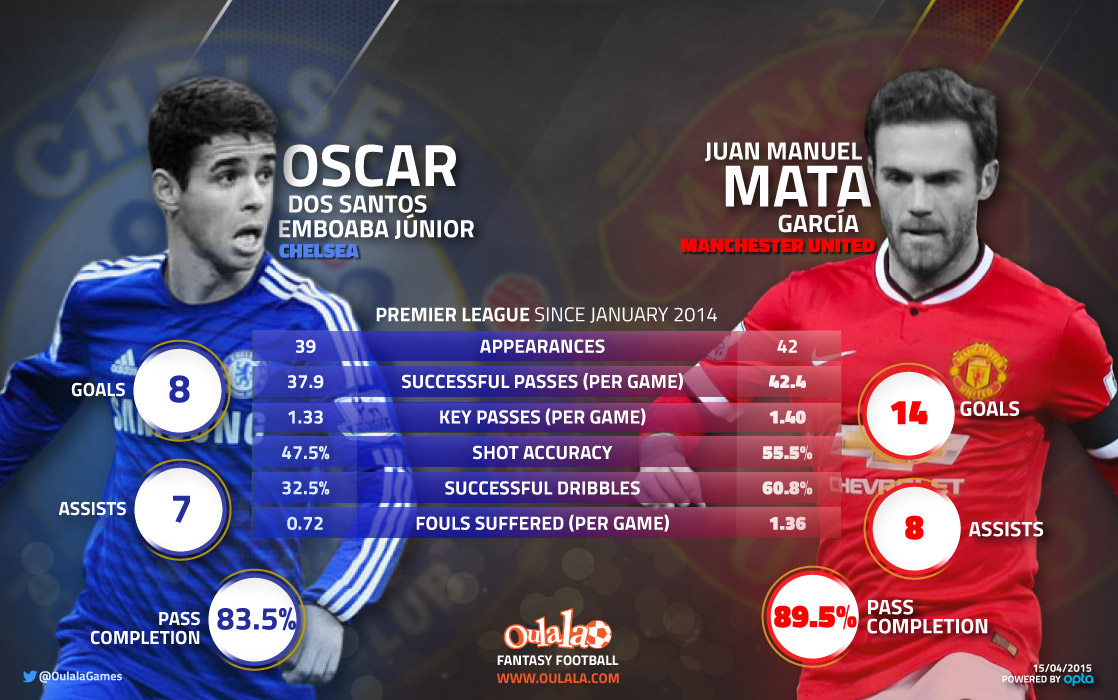 In the sixteen months since his switch to Manchester United, Juan Mata has played three more Premier League games (42 to 39). So for a fairer assessment of the two players the analysis was broken down to a per game basis.

In breaking down the numbers it is Mata that excels for passing. With more successful passes per game (42.4 to 37.9) and a better pass completion rate overall (89.5% to 83.5%) the Spaniard takes the passing plaudits.

As playmakers, the pair are known primarily for their creativity. Again Mata leads Oscar. The 26-year-old has made more key passes per game (1.40 to 1.33) and has racked up more assists (8 to 7).

The Manchester United midfielder also betters Oscar for finishing. With a better shot accuracy (55.5% to 47.5%) and a far higher number of goals (14 to 8) Mata is showing his importance and influence for his new club.

When it comes to dribbling the Spaniard can boast the better figures again. Mata has completed a far higher percentage of take-ons (60.8% to 32.5%) and has also provoked more fouls per game than the Brazilian (1.36 to 0.72), thus winning more set-pieces for his side.

With Mata returning to Stamford Bridge this weekend for the first time since his move away from Chelsea, can he show that Jose Mourinho was wrong to opt for the younger Oscar than the previously two times Chelsea player of the Year? the stats certainly suggest so.