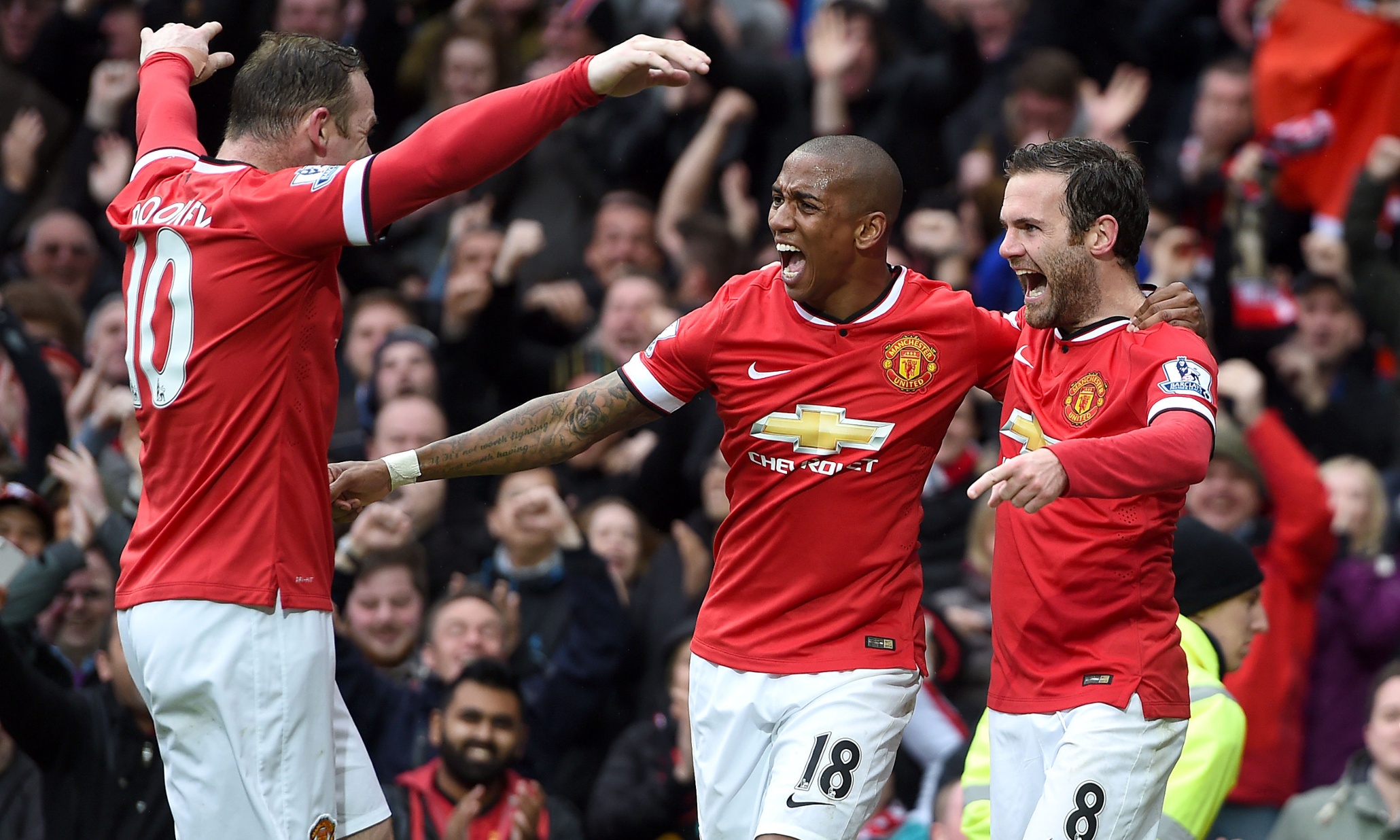 When Manchester United fired blanks and lost to a solitary goal against Southampton on 11th January, the picture was a whole lot bleaker compared to fast forward three months: Van Gaal’s men were ponderous, insipid and laboured and were firmly in City’s rear view mirror- 10 points adrift. The man supposed to revive the fortunes of this ailing club, as the journalists and cynics were all too quick to point out, had an identical points tally to the maligned David Moyes – much to the amusement and delight of many a rival supporter across the land.

Their smiles have been emphatically wiped off their faces now though. The Dutchman is slowly starting to puff on one of his countries’ finest spliffs in the direction of the doubters and haters. There are no smoke and mirrors about our turnaround; we have blown teams away at the most critical of times (I cannot ‘drag’ these cigarette puns out any longer).

Primarily, ‘resurrection’ is a word with an ineradicable affiliation to a certain holy scripture. Manchester United’s recent revival and resurgence, overtaking neighbours City by virtue of a gargantuan 14 point swing since Dusan Tadic inflicted our last league defeat at Old Trafford, has likewise been nothing short of biblical. After Koeman’s men emerged victorious that January afternoon, if you had told me the old United attacking verve and intensity would return and would see us overtake our city rivals, I would have disparagingly retorted the odds of that were similar to me waking up between Scarlett Johansson and Rachel Riley – nigh-on impossible. I say nigh-on…

The resurrection has, of course, been a collective achievement, yet it was fitting that yesterday’s four goalscorers have all emerged from some lightless corners and transformed themselves spare parts to flourishing mainstays:

Ashley Young seemed destined to be consigned to the scrapheap as Van Gaal entered the Theatre of Dreams. The winger was jettisoned towards the end of Moyes’ ill-fated tenure and was, now ashamedly, one of the first names many expected to be shown the exit door. His performances, very much akin to some dazzling first season displays, have consigned record signing Angel di Maria to an envious spectator- can any higher praise be bestowed on him?

Marouane Fellaini was a lamentable emblem of Moyes’ wretchedness. His unwavering appraisal as a desperation signing was not aided by the brainwave to try to convert him to a holding midfielder- his lack of pace in that area desperately exposed. He is utterly devastating when deployed in areas that hurt the opposition the most. Was there any doubt about the outcome as he towered over Clichy for the second goal? Five goals this season is a respectable tally for a supposed dud this time last season. Importantly, he is scoring goals in decisive games notably against Spurs and City lately. His transformation has been rewarded with a previously unthinkable ‘undroppable’ tag and Lazarus doffing his cap in homage.

Another man branded Moyes’ saviour was his most lavish outlay, Signor Juan Mata. The bulletproof convention that Mourinho’s every decision and statement be treated as gospel, as well as the customary January price tag, heaped bucket loads of unnecessary pressure on a guy who had been deprived of regular football, yet with Moyes’ predicament everyone expected a quick fix from the man voted player of the season in successive seasons. That Mata has become similarly indispensable in recent weeks is testament to Van Gaal, who is getting fruitful results with him in this ‘false winger’ role, something not overly apparent under the Scot. I know you will hurl some obscenities in my direction for my next quip but Mata is getting goals when it matters. He joined the likes of Forlan, O’Shea, Giggs and Rooney in etching himself into United folklore by notching two fabulous goals on enemy territory at Anfield, to follow it up against city will only enhance the love-in we all have with the fella. Now for a winner at Stamford Bridge por favor!

Chris Smalling’s days in a United shirt looked increasingly numbered after the schoolboy red card at city. Many would have coughed up considerable sums for petrol money or the train fare, maybe even wheelbarrowed him to any other destination. To his credit, he has responded in truly satisfying fashion. He has overcome the bile and projectile launched towards him by putting in a string of quality performances that first convinced Ferguson we could have a potential Rio heir apparent on our hands.

Don’t get me wrong, he has got to go some to reach the heights Rio scaled, namely in terms of improving distribution and eliminating the recklessness, but it appears he is growing in stature, confidence and maturity. The final goal was the ideal antidote for that red at Eastlands. With him and Phil Jones excelling of late and only 14 months on their contracts, to maintain an English core should be a priority and they can be figureheads at the back should we choose to retain their services.

Fans are going to be naturally pumped for a game of such magnitude but the atmosphere really was something yesterday. The deafening roars with every goal was accompanied by a certain yours truly getting jumped on in the Stretford End by jubilant reds. Battered, bruised, hungover and hoarse. Do I care? Absolutely not. This is what a derby win does to you, it is everything that badge on our shirt symbolises, it is a passion, a love like no other. Yet people still had the nerve to buy a half-half yesterday, Jesus wept.

It is a victory that has us very much looking up rather than down, if/when Brenda’s side dispose of Newcastle tonight it will be city getting the top 4 jitters, could we have hoped for anything else after that Southampton defeat in January?

Normal service has been well and truly resumed, and the top 4 is all but a done deal.

Needless to say, enjoy the rest of the week reds!