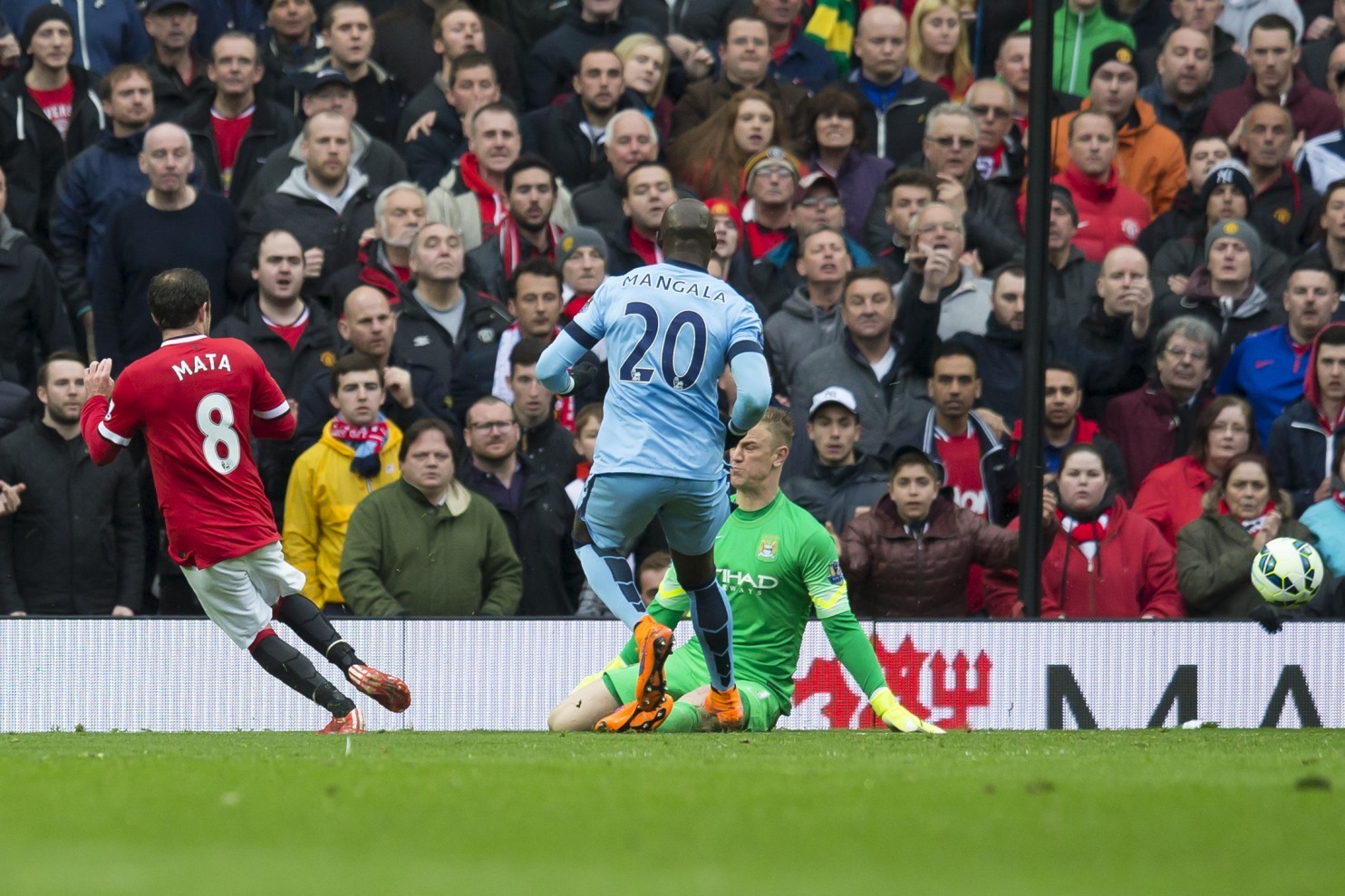 1. Juan Mata has confirmed his place in United folklore

The Spaniard became a firm favourite the minute he stepped through the door at Old Trafford. His overwhelming niceness in interviews and his easiness on the eye adhered him to opposition fans across the country during his playing days with Chelsea, even. The mourning of his loss by the fans at Stamford Bridge said a lot about a player that Jose Mourinho had deemed surplus to requirements but despite his charm, his performances under Louis van Gaal until the turn of the year hadn’t really knocked anyone’s socks off. But of late, as the Dutchman has finally settled on a formation, Mata has really come into his own and been an integral part of United’s good form. He could always be relied upon to score the odd goal and make the odd assist but it is in the last two big games that the Spaniard has made himself a hero amongst the Old Trafford faithful. His fantasic overhead goal at Anfield will forever be remembered by those fans that packed the away end that day and his goal yesterday was the final nail in the coffin of City’s season. These are moments that United fans never forget and even if he does little else in his Old Trafford career, he will forever be fondly thought of for bringing those joyous moments.

Exactly eight months to the day had passed since Fellaini was booed by his own fans whenever he touched the ball in a friendly against Valencia. That day, his road to salvation began as he netted an injury-time winner and yesterday it was completed as he terrorised City’s backline and headed in the goal that put United in front. It’s a huge turnaround for the Belgian and many a man has bowed to the pressure of being under fire at a club like Manchester United. He was the easy scapegoat and seen as the on-pitch proof of David Moyes’ reign as many conveniently forgot the qualities that made him worth over £20m in the first place. The big man has proven that those shoulders are not just physically broad and he will continue to do his job regardless of the aimed at him.

3. There are positions that still need a lot of work

Despite the excellent form the team has been showing of late, there are clearly some areas of the field where work is really needed to be put into over the summer. Antonio Valencia can simply not continue at right-back if a title challenge is in the offing next season. Luke Shaw needs to be ingratiated into the team at left-back when his injury worries clear up. Chris Smalling and Phil Jones are not quite the rock solid centre-back pairing you see from a title-winning side. Ashley Young’s form, whilst encouraging, should not last too long and Memphis Depay may well be the answer to the left-side. And whilst Wayne Rooney has impressed sporadically of late, a goalscorer capable of guaranteeing 20+ goals a season will be required heading into the Champions League. It is all very encouraging recently but there is still plenty to do for Louis van Gaal and his backroom staff to turn United into world beaters once again.

It’s great to see a player hit his top form at United. His performances for the club were often very good in his first season but the two campaigns in between saw him stagnate to a level below being good enough to even populate the squad at Manchester United. His recent form though has been the best he has hit since his days at Watford and Aston Villa. From 2007 to 2009 he was the best English winger around and he has possibly once again put himself in contention for a call up to the national side with his recent form. He was excellent again yesterday, endeavoring to make things happen and breaking at speed on the counter attack. His goal was one of opportunism. He was lucky for the ball to bounce at his feet but, to borrow a tired cliche, he still had to find the net. And that he did. Whilst he may not be the sensation that we need to make the next step up, he is proving to be a valuable player at the moment. Let’s enjoy it.

5. This is the most likeable United squad in years

Not since the days of Ronaldo, Berbatov and Tevez has Manchester United’s squad been peppered with such potentially fractious but ultimately charismatic personalities. But that squad also had it’s fair share of more sombre characters. Edwin van der Sar, John O’Shea and Louis Saha were always seemingly all smiles on and off the pitch and were firm favourites amongst the more demure fans. A mixed bag of fiery lads like Marcos Rojo and Fellaini playing alongside the loveable Ander Herrera and Mata is what United fans like to see. Of Sir Alex’s final few signings, it was only Chicharito who seemed to be taken to the fans’ collective bosom but even he had become a figure of ridicule by the end of the Moyes era. Fans will always cheer on their side regardless of who plays in their colours, but a team populated with such characters certainly sweetens victories that little bit extra.