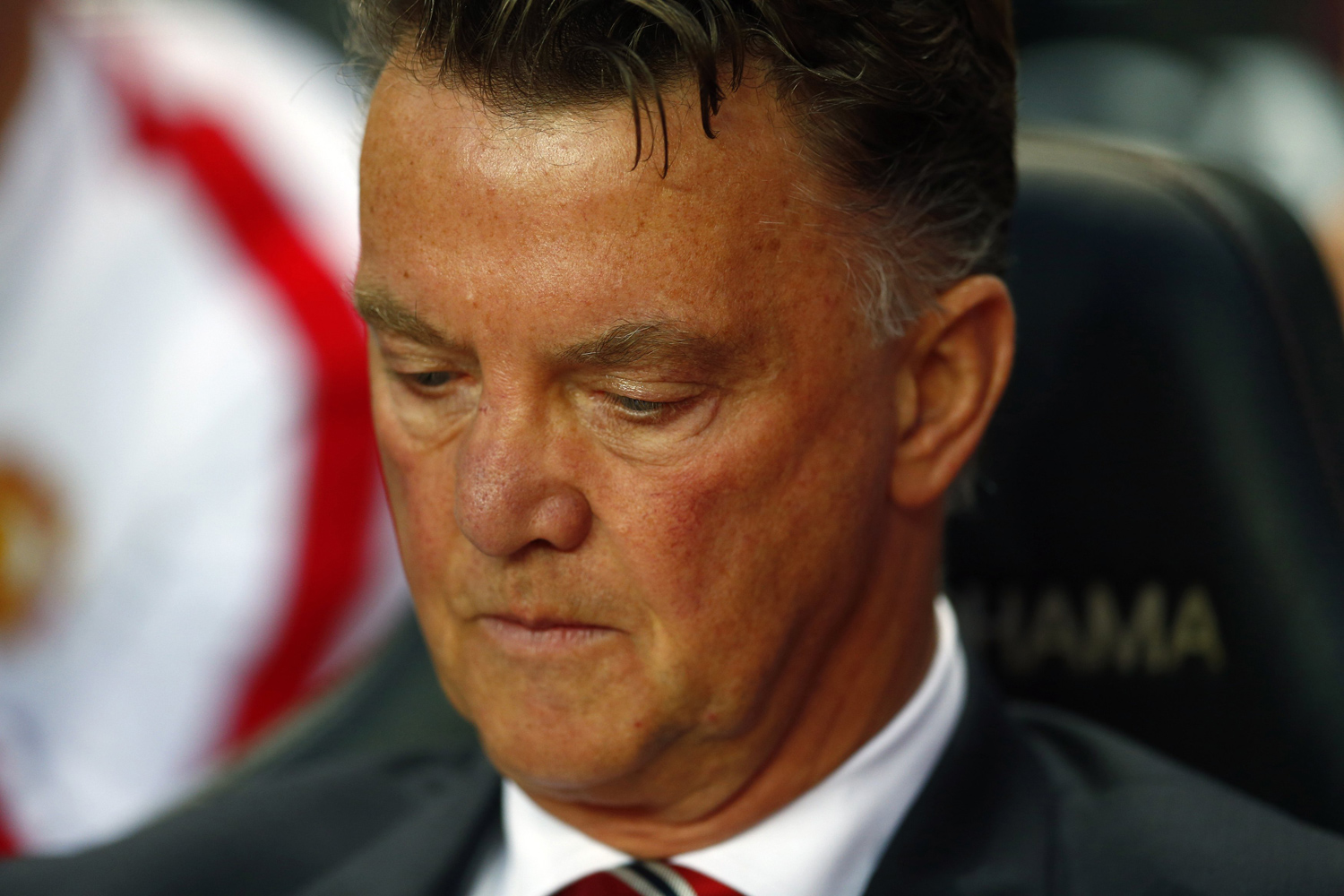 Philosophy is a word that has been carelessly thrown around a lot in relation to Manchester United this season. Firstly and frequently by Louis van Gaal and then by the football media who have always been an ocean of upper-middle class parrots incapable of original thinking. They ask “What is Van Gaal’s philosophy?” van Gaal answers by using the word several times without actually telling us what it is.

Reading between the lines of it all probably reveals what the philosophy is: There isn’t a philosophy at all.

Philosophy is simply a meaningless buzzword banded around by van Gaal to try and distract everyone from what a mess everything is at Manchester United. I must stress to those Rose-tinted Randalls who will instantly take umbrage with my analysis, this is indeed a mess. In the context of the size of the club, when it comes to the football, the primary business of a football club, Manchester United is a mess.

United have so far been fortunate they are playing in a competition that is on the slide in terms of quality. The Premier League may have lots of money and a presentation (thanks to Sky) that is brash, flashy and seemingly screaming in your face at all times but the quality of the teams are not what they once were. That has propped up United in the league and allowed them to put a gloss on a steaming pile of dung.

United’s Cup defeat to Arsenal may have only been a second defeat in twenty but there have been a long line of uninspiring displays and a fair few draws. Winning ugly is one thing when it is the exception but winning ugly as a matter of regularity is not a good sign. It is something that United will be and were on Monday by Arsenal, caught out on.

United’s next five games will include Spurs, Liverpool, City and Chelsea. Two of those are away which almost makes them write offs before a whistle is blown and City will be deserved favourites for the Old Trafford Manchester derby. If United are caught out in those games, the top four will go the same way as the FA Cup: Into the abyss without much of a kick or a scream and barely a whimper.

We should be positive but performances and form in big games and away games means crushing realism – appropriate for a wet, grey city like Manchester – kicks in. Performances dictate we should lose at least three of the four upcoming big games (if Spurs decide to play make that four). Hoping to steal wins like the team managed at Arsenal and Southampton cannot go on forever which they proved by beating United at Old Trafford.

If there is any “philosophy” then to the trained and untrained eye it is a muddled, mish-mash of conservatism, outmoded directness and a second rate rip off of tika-taka. Try one: It doesn’t work so try the other: that kind of works but not enough so try the next one. All the while a lack of a consistent plan blunts your attacking players so much they lose all form. It isn’t a philosophy at all, even in the casual use of the word, as that would entail a structure based on a coherent and cohesive set of ideas.

Bringing on Phil Jones/Barney Rubble and Michael Carrick for more positive players when a game needed to be won was a poor decision. Starting Fellaini over Mata in a home game was worse still! Mata, while a little frustrating at times is a fine player and works well with Ander Herrera. Ferguson left a mess and the board and owners compounded it but that is no excuse for not picking your best players.

If United finish the season outside the top four without a trophy I would say van Gaal’s philosophy and position should be reviewed considering he splurged around the £150 million mark for at best negligible improvement. Then again who else do you replace him with?! Mourinho is always talked about but his cynicism, functional football and irritating, immature behaviour should be kept well away from Manchester United.

As for the rest, I’m not sure who else does a lot with what is available. Defensively United are a mess, saved by an excellent goalkeeper who if he has any sense will be looking to go elsewhere. Evans, regressed to a schoolyard defender; Smalling bags of talent but an awful temperament; Rojo needs time to settle and Jones is nothing more than a charging, blundering buffoon.

Valencia at right back?! Don’t even go there.

Still, when it comes to a “philosophy” van Gaal has no excuse for not playing attractive, entertaining football. In theory fans are paying their money to be entertained, not to be anxious, angry and bored at the same time. If we want that we’ll just watch media coverage of the General Election this year or try a night out in the Manchester Printworks at least we’ll see some grim sights that are entertaining and memorable.

All words by Mike, our very own Northern Loudmouth. You can also submit an article to Stretty News.