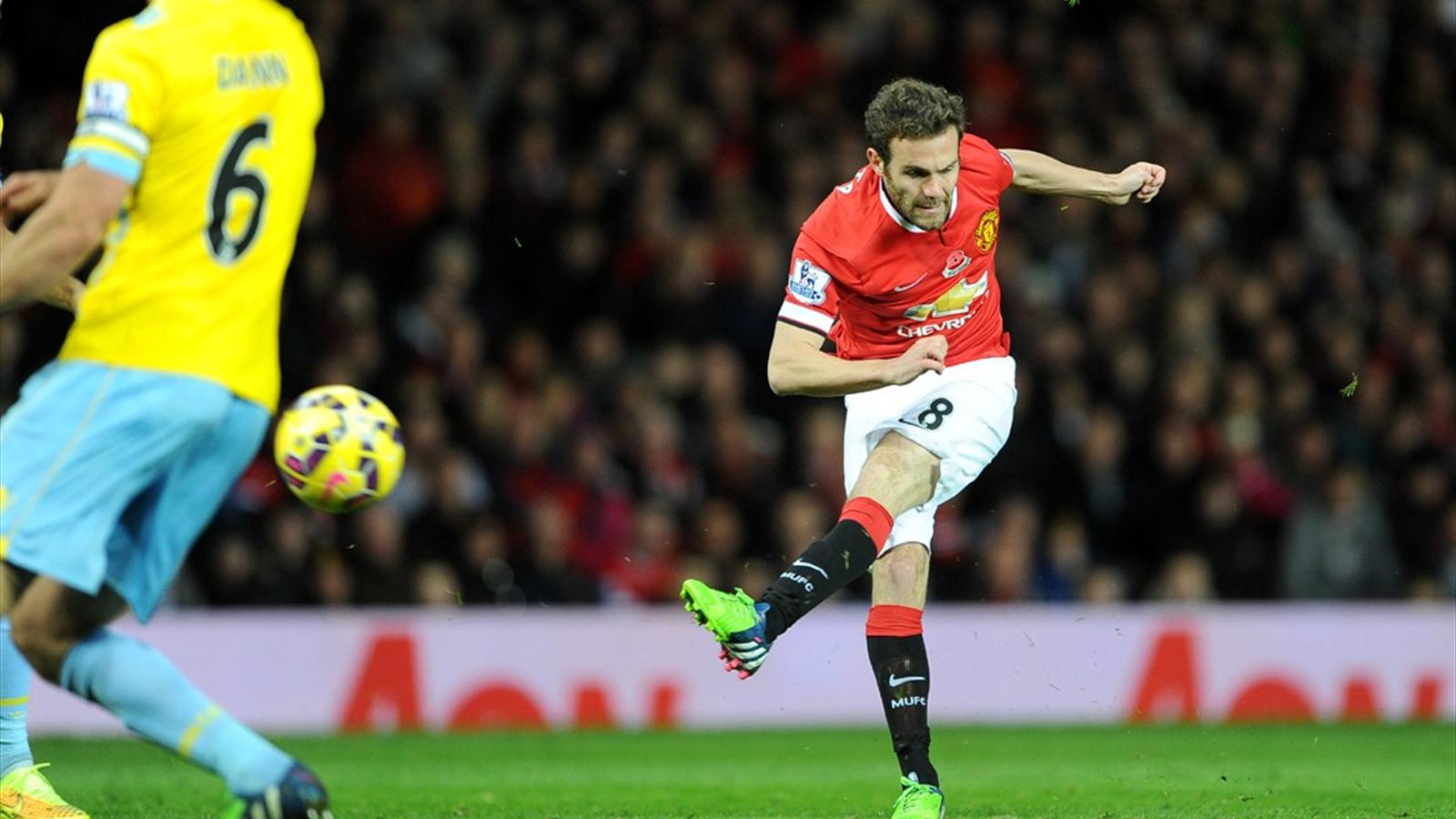 · Mata believes that United will secure a top four finish, calling it the “main objective” for the club
· Reveals that there is a great atmosphere in the United dressing room
· Says he’s always “optimistic and ready to contribute to the team at any time”
· Spaniard describes his first ever goal for United as an “incredible feeling”
· Rooney and Young amongst the best free kick takers at United
· Earlier this week, in his own Facebook Q&A, Gerard Pique talked about his love for Manchester

In an exclusive live Facebook fan Q&A, Juan Mata revealed that he believes Manchester United will finish in the top four of the Premier League this season, saying that it’s “our main objective”.

Talking on a range of subjects to fans from around the world on his official Facebook page, Mata said that “Manchester United must always play in the Champions League and we believe we’ll make it”.

The Spaniard added that there is currently a great atmosphere in the Manchester United dressing room and that he is hoping for a good result against Tottenham Hotspur this weekend:

“Hopefully it is going to be a good result for us. I enjoy playing against Tottenham because I have had some good experiences against them!”

“I’m working in the same way I have always done, with the same attitude and the same passion! That’s all I can do, I’m always optimistic and ready to contribute to the team at any time!”

Asked about life in England, Mata told his 8.5 million Facebook fans that he loved living here, but that he still misses Spain. However, he added that he has a great relationship with David De Gea and Anders Herrera that “goes back years”.

Asked to describe the feeling of scoring his first goal for Manchester United, Mata said: “It was an incredible feeling, especially because it was at Old Trafford in front of the Stretford End” and added that his brace at St James’ Park last season in United’s 4-0 defeat of Newcastle were some of the best goals he’s scored for the club.

When asked who the best free kick taker is in training, Mata replied: “Tough one… Wayne is very consistent, Ashley has as well a very good technique… And David says it’s me!”

He also explained that being the son of a professional footballer meant that he has had a life-long love of the game and has been kicking a ball since the age of three.

Earlier this week, Barcelona’s Gerard Pique undertook his own exclusive Q&A on his official Facebook page, during which he revealed that Didier Drogba and Cristiano Ronaldo were the toughest strikers he’s faced, whilst Carlos Puyol and Rio Ferdinand were the best defenders he’s lined up against.

He also admitted that he still has a love for Manchester, adding that he had a “really good time” in the city during his time as a United player. Discussing his former club, Pique ranked Ruud Van Nistelrooy, Wayne Rooney and Cristiano Ronaldo as his favourite ex-team mates.