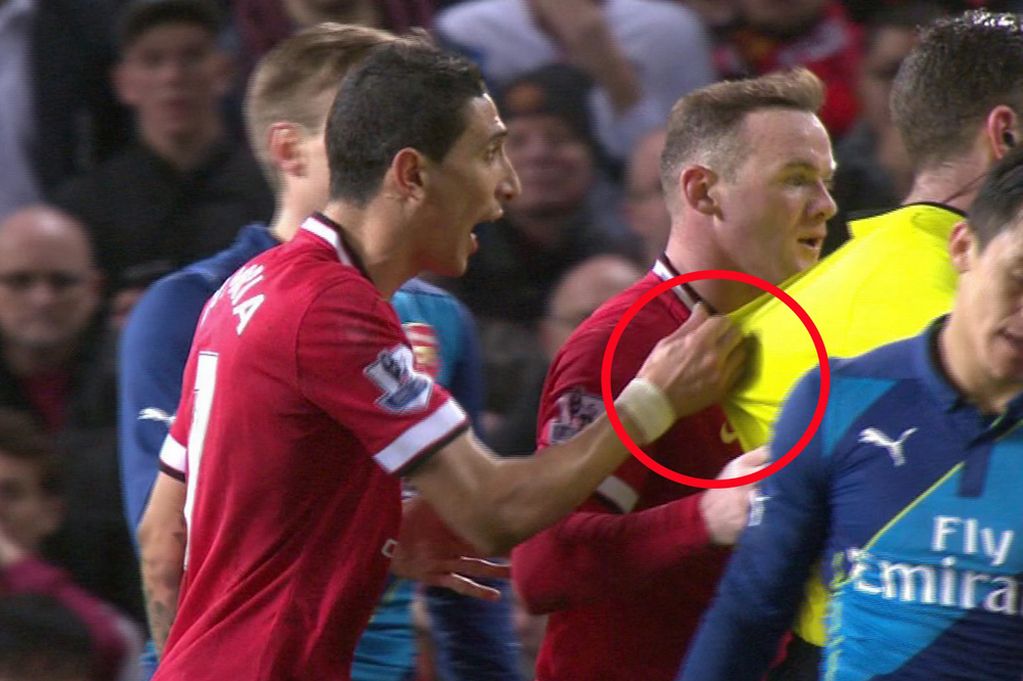 It was perhaps indicative that the latest episode in the drama that has followed our record signing occurred on the same day as a former Argentinian midfielders birthday.

Juan Sebastien Veron (who turned 40 yesterday) and his struggles to make the grade at Manchester United have become part of the dossier compiling all the players who were bought for a fortune but failed on the Old Trafford stage. His arrival should have catapulted United to the top of the European elite. Instead, his most notable contributions came in the warm-ups when many would get to the ground early to watch him and Beckham hit 50 yard one-twos with pin point accuracy.

Fast forward to today and we again have a struggling Argentinian in our midfield, shuffled to one side of the pitch and seemingly incapable of stringing a consistent run of form together. Angel Di Maria’s sending off was daft. Make no arguments for the lack of aggression in his second yellow for dissent and please can we stop talking about how much “contact” there was when he hit the deck…again. The real shame is that Angel had actually done OK. Not dazzling, no. But an assist with one of the crosses of the season and the way he found Marouane Feillani at the back post showed a sign that we could be seeing a turning point in his fortunes.

But turning points this season haven’t been forthcoming and they won’t be from now until May.

I won’t be the first person in the last month/week/hour to have posted about the man in charge at United. Louis van Gaal made his first appearance on the home touchline last night. I stood and clapped. It’s where he should have been months ago. In a United side lacking leaders, it can’t help to have so little influence from an order-barking bench. Even as supporters, it can be demoralising to see the team struggling and yet the manager can sit and watch and refuse to offer an encouraging word or even a bollocking. I’m not going to get involved in the “sack him-stick by him” debate because I’m sick of it. It’s a conflict of opinions and whilst I get those who claim those wanting a manager sacked are “spoilt” and I also get those who look at the dross we’re being served up and think there should be more from this team and its philosophiser.

If wrong, I’ll hold my hands up, but I’ve seen nothing to suggest that the substitutions at half time were anything other than tactical. It smacked of a teacher telling a class of pupils off for having too much fun. Because for the first time in months, that first half last night was fun to watch. Arsenal are a good side and we were matching them. We were attacking and moving the ball quickly. And then, the pace was sucked out of the team with the introduction of Carrick.

That’s not a slant on Michael Carrick. I actually hoped he would be introduced at half time, but for Daley Blind. I felt he could have provided a bit more protection than Blind and would suit Herrera better as a partner. But yet again we were left with one substitution to chase a game with. We even ended the game with a farcical situation, Ashley Young at full back and Blind ahead of him.

United lost to a good Arsenal team last night. No disgrace in that. But the way in which we chose to cower in a corner instead of trading blows toe-to-toe was a depressing way to bow out of a competition that was ours for the winning. Our capitulation at MK Dons was embarrassing in the arrogance “trial game” team selection and you can already see the Dutchman planning to match Liverpool’s three at the back with our own trio at Anfield when, already, you begin to wonder whether that will be where our Champions League dream dies.

It’s important to keep the faith, of course. But there can be no escaping the way we’ve toiled this season. Our league position says more about the rest of the Premier League’s lack of quality than any perceived quality of football shown by our Manchester misfits.

Over a decade ago, an Argentinian would give supporters something to enjoy even in the warm up. Nowadays, the only performance worth watching is that of David De Gea; and that is the most telling fact belying a totally misplaced philosophy.