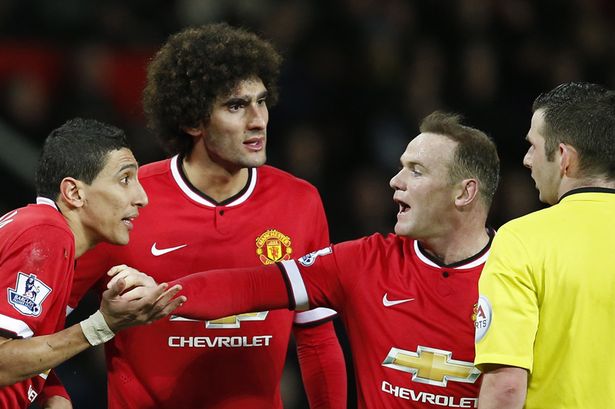 Dan Stapleton returns with five things he learned from being knocked out of the FA Cup at the expense of Arsenal.

1. Huge questions must now be asked of Louis van Gaal

The Dutchman’s appointment was met with such enthusiasm from Manchester United fans mainly on the basis that he wasn’t David Moyes. It was assumed that a man with a rich history of success would be able to rule with the iron fist that the Scotsman supposedly never had. And yet we are treated to Antonio Valencia at right-back despite years of mediocrity from the Ecuadorian. We have to deal with the sterility of Michael Carrick when he replaced an endeavouring Ander Herrera for the second half despite the team being favourites to win the tie at that point. United now have no chance of winning a trophy despite a huge expenditure in the summer and many of the issues in the squad have not been addressed. The idea that Van Gaal’s United were showing the kind of improvements that Moyes’ team never made can now safely be dismissed as ludicrous. Show me a person who can name another top club in Europe who would keep the aging Dutchman in a job, let alone hire him in the first place, and I’ll show you a liar. He may just have to go.

2. Wayne Rooney’s starting position on the pitch will play a huge part in United’s quest for Champions League football

Arsenal struggled to deal with the presence of Rooney further up the pitch in the first half when he had a midfield backing him up in going forward. Fellaini’s support play was good and his link ups with the captain were a real menace for the Gunners’ backline. Despite a second half that was devoid of chances for the Englishman, he at least remained a threat with set-pieces all the way until the final whistle. His waning influence in the final half hour was mainly due to the withdrawal of Herrera and Van Gaal should not use it as an excuse to move his captain back into midfield. Of late, Rooney has led from the front and it is something that will need to continue if United are to beat an in-form Liverpool and Tottenham to the final Champions League spot.

3. The end is nigh for Radamel Falcao and Angel Di Maria

After rumours abounded that Di Maria had listed his mansion for sale, he was still picked by Louis van Gaal. His performance wasn’t great by any stretch of the imagination but his cross for Wayne Rooney’s headed equaliser was sublime and proof that the player could potentially still live up to his price tag and remain in Manchester. But, of course, all of that changed with his sending off. Van Gaal was scathing of the Argentine after the game and his demeanour when asked about his future at the club would suggest that the interviewer had touched a nerve. The same would also have to be said of Falcao, whose presence on the bench for the entire night despite United chasing the game for the final half hour was damning. It has already basically been said that the Colombian will not be joining the club permanently at the end of the season and Van Gaal’s complete lack of belief in him was shown when he opted to not bring him on as a substitute late on. The chances of United lining up at the start of the 2015/16 season with either player in the starting XI are slim to nil.

Whilst Welbeck was never an elite footballer in his time at United, he did have a knack for performing in big games and getting vital goals. Last night, he proved it once more. His work rate was second to none as he found himself across Arsenal’s frontline and causing havoc amongst the United back four with his pace and persistence. To let a player of such endeavour and obvious qualities go to a rival for just £16m was nonsensical. A lot of critics of Welbeck have accused some United fans of revisionism on the issue of just how important he could’ve been this season and that his loss is not as hugely felt as they may let on. But his performance yesterday and his sheer will to succeed and win trophies at the top level are things that are missing amongst this United team. Van Gaal was a fool to let him go for so little to a side that could do so much damage to his side’s season.

5. Rafael da Silva must now be brought back into the fold

Louis van Gaal actually looked like he believed the nonsense he peddled in his post-match interview when he stated that he felt Antonio Valencia was the best player in red yesterday. This is a huge worry. Valencia looked out of his depth at right-back, as usual. He is a player that can perhaps be relied upon regularly to put in a six out of ten performance from the right hand side of midfield and nothing else. When on form, the Ecuadorian can look very good but last night was not one of those times. It has been three years since he has hit any sort of form in a United shirt and the right-back spot should be opened up to the one player in the squad who naturally plays in that position, Rafael da Silva. The Brazilian was apparently told he was surplus to requirements in the summer but United couldn’t find a buyer. After making a mistake in telling the player who scored the winner last night that he was no longer needed, Van Gaal must now start regularly with Rafael in the defence before he follows Welbeck’s lead and comes back to haunt Manchester United.