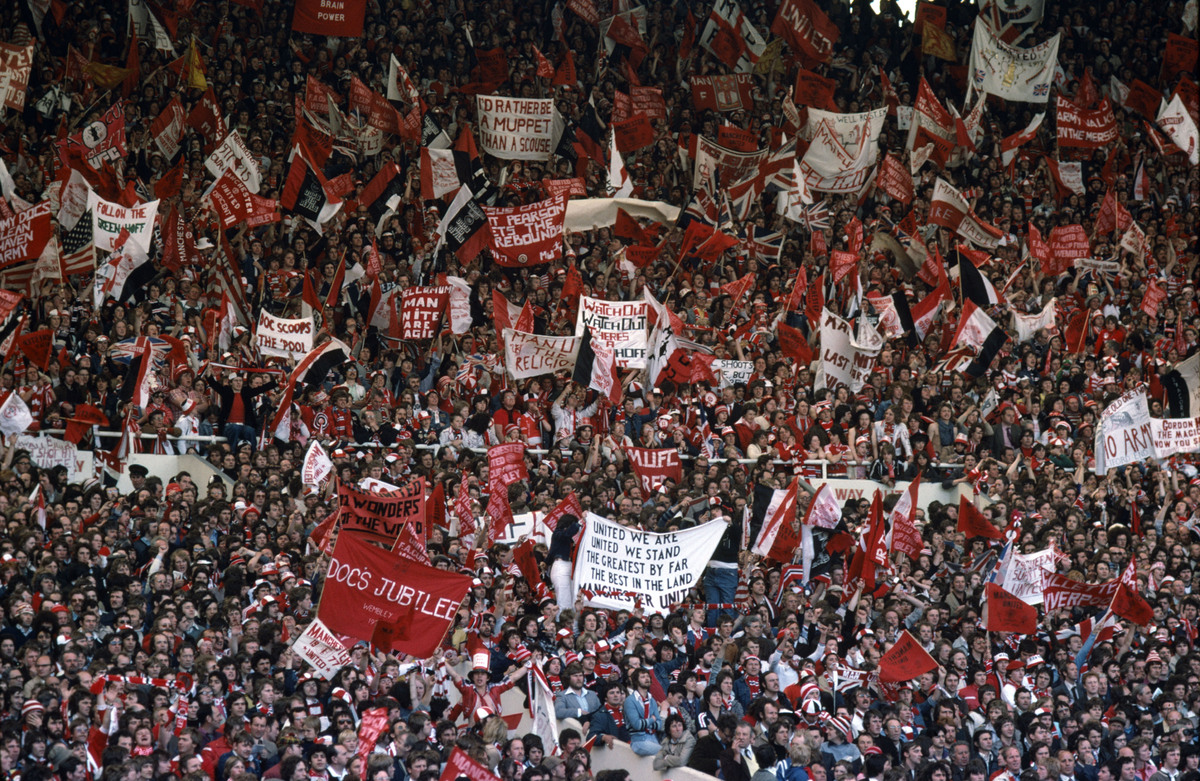 Manchester United are well aware of what it means to reach the FA Cup quarter-finals.

The Reds have a great history in the FA Cup, although it’s been a long time since we went to Wembley in the merry month of May and return with the famous big-eared trophy.

During the 70s & 80s, fans travelled to games in butchers’ coats, 2 stick flags, caps and bar scarves filling the terraces wherever Manchester United played. Fans United want to replicate that sort of atmosphere next Monday when Arsenal come to town with both sides hoping to secure a spot in the FA Cup semi-finals.

The supporters’ group are calling upon fans to recreate those scenes again in the J and K stands on Monday 9th March, in order to bring back the feeling of he good old days. They ask for everyone to bring their bar scarf and make simple 2 metre (W) by 1 metre (H) flags and banners.

“These [the flags and banners] can be homemade using a bed sheet and paint, or a flag made of cloth or PVC.”

Those who bring a flag or banner to Old Trafford on Monday 9th of March can collect poles from stewards on the way through the turnstiles. Fans United ask that the poles are returned at full time for use again in the future.

Other plans for the game include the large surfer crest banner in Stretford End Lower. A large bar scarf on pitch (as per Swansea game) and Tifo (large) flags pitch side will also be on show.